I have decided that the title to this entry is my alternative title for Office Girls because it captures this drama more. I mean, Office Girls? It’s a good thing that the content has more oomph than an OL so the moral lesson here is, don’t judge a drama by its title.

It’s episode 11 already of what is turning out as a drama that’s going into my Top 10 favorite dramas of all time (I wonder what it’s gonna replace) and I can smell the end coming soon.

But first, no reason not to enjoy the romantic tension that’s building up between our Qin Zi Qi and Shen Xing Ren. And in this episode, we see a kiss… or at least, a buss on the cheek. But of course, since this is Qin Zi Qi and Shen Xing Ren we are talking about, it doesn’t end up the way we expected. In other dramas, the two leads would have hugged and confessed already and evaporated into mush. But not our Zi Qi and Xing Ren.

I love how she says:

“You cannot control yourself? They don’t even use this excuse in dramas!”

Qin Zi Qi has been consistent in his struggle with his feelings… being attracted to the pretty Zheng Kai Er and yet feeling something stronger than attraction for the plain but “unique” Shen Xing Ren. This line was just hilarious, he’s lucky Xing Ren didn’t hit him again.

Is it love? The poor boy is struggling. He can’t even say it out loud. And yet he takes the liberty to make promises to her. I can’t wait to see him fulfill his promises, especially the part “I’ll let you buy any house you want” and see Xing Ren’s reaction. Will her jaw drop or will she surprise us again by doing something else?

And what’s with that lady bug helmet Zi Qi? 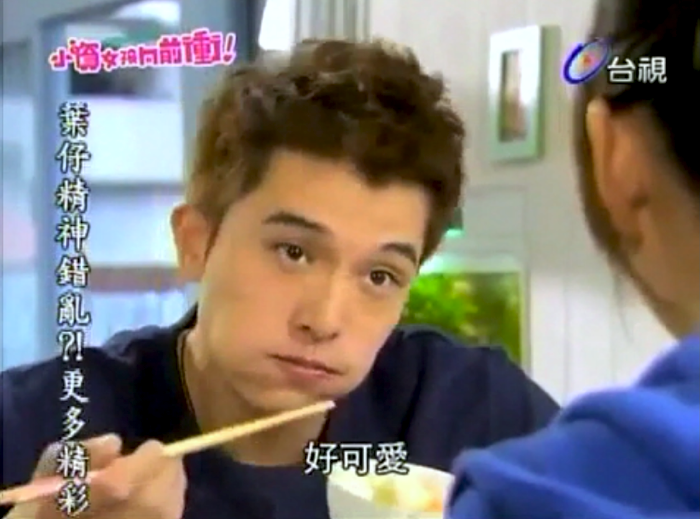 There are three characters that are instrumental to the blossoming of the office girl and poor heir romance: Shen Mama–who is like their fan, pushing them together; Shi Te Long–the manager who acts more like a paparazzi with the way he throws in observations about the two; and Paul–the seemingly detached observer who was the first one to tell Qi Zi: “You like this girl, don’t you?”

The last frame of this video is just so ke ai.

One of the touching moments in this episode was when Shen Mama cried after Lala told her that Kai Er is the “nu pengyou” of Zi Qi. I could feel her pain and that awkward moment when that girl actually showed up at Zi Qi’s apartment with toilet paper, microwave and wine was difficult to watch, but it’s part of the process so the story can move forward.

And I’m glad that Zi Qi finally figured out what Kai Er was up to, trying to create the wrong impression about the two of them and telling Xing Ren to stay away–the nerve–which perhaps made the decision for him to finally verbalize his feelings easier. This girl is pretty but she does not have the heart of his Xing Ren, yeah. And most of all, Xing Ren is not a schemer like you (This is already nitpicking but I hope that Tia Li will wash her hair, it just looks dirty and the front fringes oily in some scenes.)

I can’t wait for the next episode when we finally get to see the female version of this bear.