Coming from mainstream–if not, serious–media, I have always been fascinated with the entertainment side. I am currently working on a project and the visit to the Next Media office is part of my research, but I don’t even know if it will be feasible.

The paparazzi culture is quite difficult to penetrate. They are wary and I can’t blame them because they operate covertly by nature. And though I may be a “sister” in the business, I still belong to a different group. Call it caste system if you may.

But I got lucky because some friends helped me. And so I found myself here one day.

The office of this huge company is spread across three buildings. I passed by the Next TV and across the building I visited was another office, which houses Apple Daily.

A backstory on Apple Daily and Next Magazine: they are both part of the Next Media Group owned by Jimmy Lai from Hong Kong (he’s one of Asia’s richest, which only shows that gossip really makes a lot of money and yes, sex sells).

Apple Daily, obviously, is daily; while Next Magazine is weekly, that comes out Tuesdays. The magazine has “Book A” (which consists of politics and business) and “Book B” (entertainment). Obviously, the news are of a different garden variety and not your usual straight, hard politics, business or even entertainment news. They specialize in scandals.

The day I visited, this was their week’s cover story: 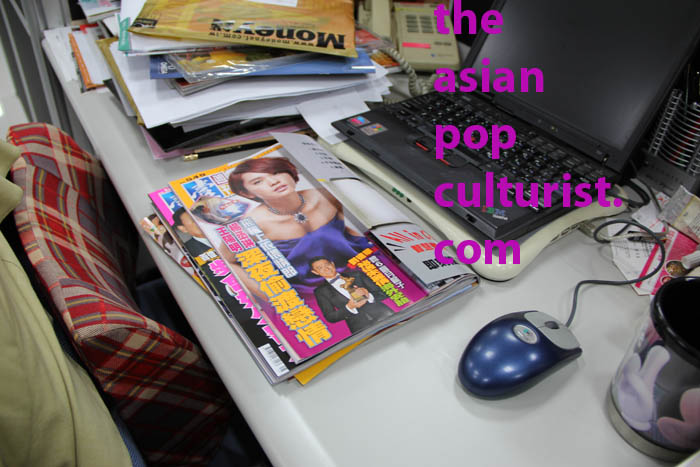 I met with three employees from Next Magazine, but I can’t reveal their names nor positions. (I guess I am adhering to their specialty in their magazine: the unnamed sources. But rest assured they are not figment of my imagination nor random people with unchecked backgrounds who are giving me unverified information. They are very much involved in the publication and decision-making process that goes into the magazine.)

Apple Daily is the bigger operation with 1,300 employees while the magazine has only 200, and TV the smallest with 140.

What interested me was the competitive culture among the three platforms, but most especially between Apple Daily and Next Magazine. They may be under the same company, but they do not share resources, from employees to stories to, yes, sources. In short, they behave like other competitors, guarding their exclusives fiercely and trying to outdo each other even though they are of different nature: one is a daily while the other is a weekly magazine.

So for example Apple Daily comes up with a “scoop”, Next has to outdo it by coming up with more sources and photos. Obviously, they cannot republish what Apple came up with; they have to do better.

Even among employees themselves, it is unlikely to find them in either offices. There appears to be an unwritten code against “trespassing” on others’ territories. While walking around at the ground floor where the photo studios are, I was about to take a photo when my “guide” stopped me saying it it not “theirs” but it was booked that day for Apple Daily’s. To each their own turf.

This one’s a Next Magazine shoot with a photographer who speaks French and the music being played in the room sounding like an aria to me. Hey, who said one cannot be high-brow in this business? 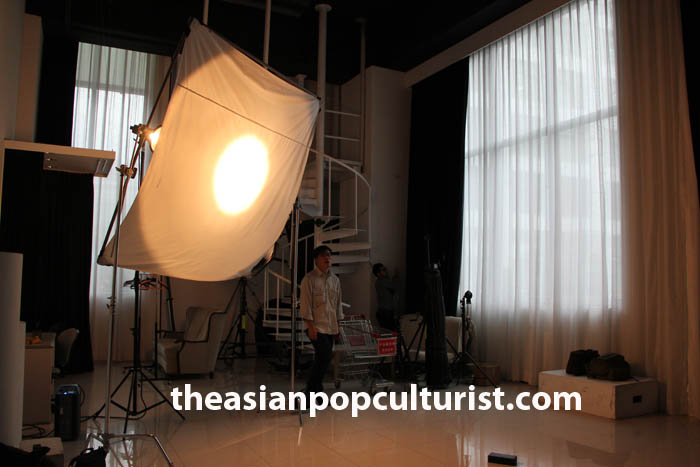 But what struck me from that visit was not some inside information but the artworks that were everywhere.

At the meeting room was this painting by a mainland artist:

Tacked on walls are artworks by Jimmy Liao.

I couldn’t help the irony. Jimmy Liao’s drawings are so childlike and innocent, while the work going on in that office was not exactly innocent.

Some artworks are posted on the walls to keep people from peeking inside the cubicles:

This artwork is kind of apt though, after all, celebrities like Jay Chou call the paparazzi pack as “gou” or dog (狗).

Some of the news that come out of here may be true, some may be false. As far as the celebrities who are targeted are concerned, they are all made-up and exaggerated. But for a place where all the gossip starts, the editorial floors of both Book A and Book B are quiet I had to whisper.

It looks like any ordinary office. But of course, there were the telltale signs of the kind of business they do here tacked on the bulletin boards and walls on the ground floor’s hallway where the photo studios are: 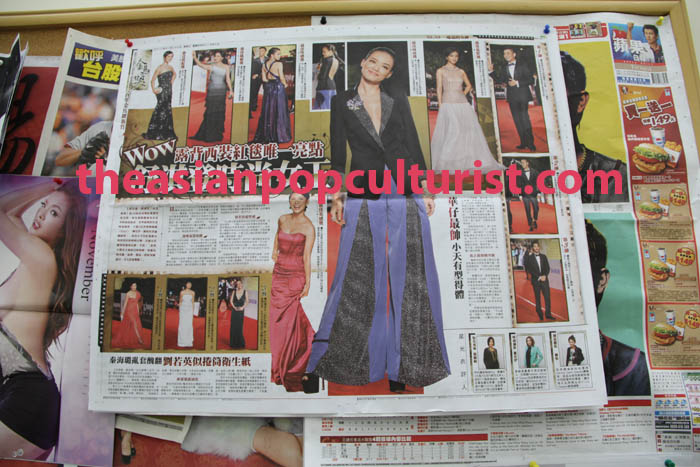 These series of photo ads were taken right at the in-house studios. 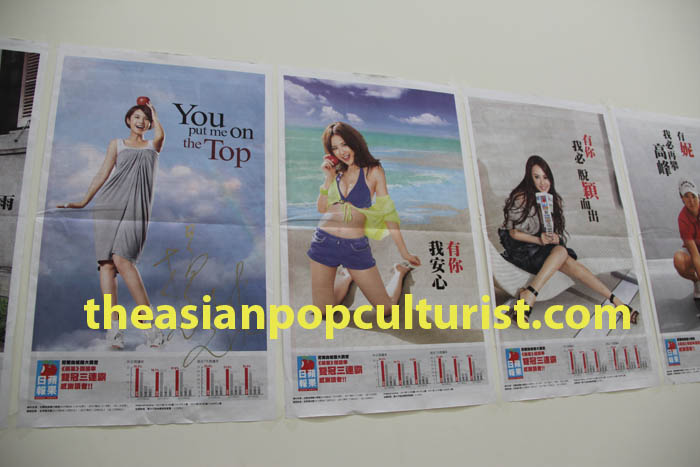 I had an interesting discussion with my “guide” on why the media would even bother to poke their nose into the lives of celebrities who are also entitled to some privacy.

This was what the guide said:

That’s some food for thought.

As parting shot, I asked who among the celebrities are true to their “public image”, the guide said:

(Please DO NOT lift this entry, in part or in full, and post them in other websites without the owner’s permission.)