HANA YORI DANGO and NODAME CANTABILE were among the first Japanese dramas I watched so they occupy a special place in my fangirl life. In fact, I have the HYD anime and NC manga in my pop culture stash. The year was 2005 (when HYD aired), a year since moving into a new country where everything was unfamiliar. Watching dramas somehow eased the foreignness as I turned to drama characters for the familiar.

I’ve always loved Domyoji (and his Taiwanese counterpart known as Dao Ming Si). He is hella funny and Matsumoto Jun owned the role. Yes, it goes without saying that I was Jun-baited to Arashi. It’s been an amazing eight years with the five bakas.

I also love Nodame. Her innocence and quirks made for a fun watch. There were times I wish I had her chutzpah to chase her dreams without having to conform to anyone; I still do. And I love her relationship with Chiaki-senpai. They  remain as one of my favorite onscreen couples.

And then… eight years later, Domyoji and Nodame meet. 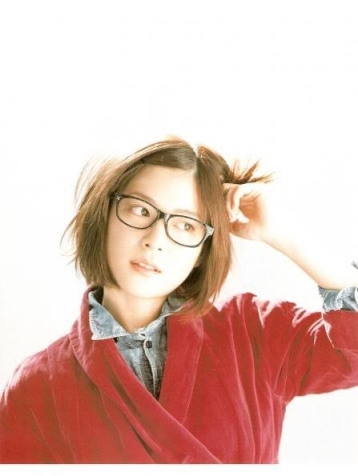 Imagine what their first conversation would have been like:

So yes, Matsujun and Ueno Juri are acting together in a movie for the first time. They play Okuda Kosuke and Watari Mao in HIDAMARI NO KANOJO, based on a novel by Koshigaya Osamu.

Jun is one of those actors who always develops natural chemistry with his co-stars onscreen, and yes, including his male co-stars (Eita, anyone?). And the Jun-Juri (I call them Double J, Japanese version) pairing is refreshing it would be interesting to see how they would be like on the big screen.

Here’s one of the trailers with Yamashita Tatsuro’s music (correction: the theme is not “Zutto Isho Ssa” as I previously blogged but “Kimi to Hikari eno requiem”):

I’ve been watching Jun and Juri’s interactions on their TV appearances and I have noticed that they have gradually become more comfortable interacting in public. Of course I have read the rumors, mostly about Juri-chan, not only while working on HIDAMARI but from way back. I like her as an actress and I don’t want to dwell on those rumors because they come with the territory and things can get exaggerated once they reach the press. I just take exceptions with those trash talk on her on-the-set relationship with Jun because I suspect they come from specific individuals with their own agenda. I just hope that these people realize that Jun’s professional relationship with his co-stars also reflects on him and not just on the other party. No one’s stopping anyone from shipping Jun with other people but please, not at the expense of his work.

That said, they seem to be friends (if based on how Juri reportedly watched the Nagoya leg of Popcorn and was at Arafes last month too). But I just noticed how different, and seemingly tempered, she has become. Not that I am expecting to see Nodame in her but I suspect that the change in Juri-chan’s character had something to do with those rumors. And somehow, I feel bad for her. I’m sure it’s also stressful to be paired with one of the Arashi boys knowing there are possessive fangirls (not to mention crazy shippers) out there. But at the end of the day, it’s their work in the movie that will have to speak for itself.

(My screengrabs from the SP)

The video of that toothbrush scene that has sent many hearts aflutter and aswooning can be watched here.

The more I watch the trailer, the more I want to fly to Japan and watch it at the cinema because god knows when it will be coming to DVD (and my hopes are low that it will be shown here though they do screen Japanese movies occasionally).

The movie opens in Japan on October 12.

7 thoughts on “when Domyoji meets Nodame”