The numbers from this year’s 24HRTV are out.

This amount is just second to the 2011 drive (hosted by Kanjani 8) that collected 1,989,414, 252 yen. Obviously, that year was understandable because it was a few months after the Great East Japan earthquake. Last year’s event, also hosted by Arashi, collected 1,168,471,704, the third biggest collection in 24HRTV’s 36-year history. 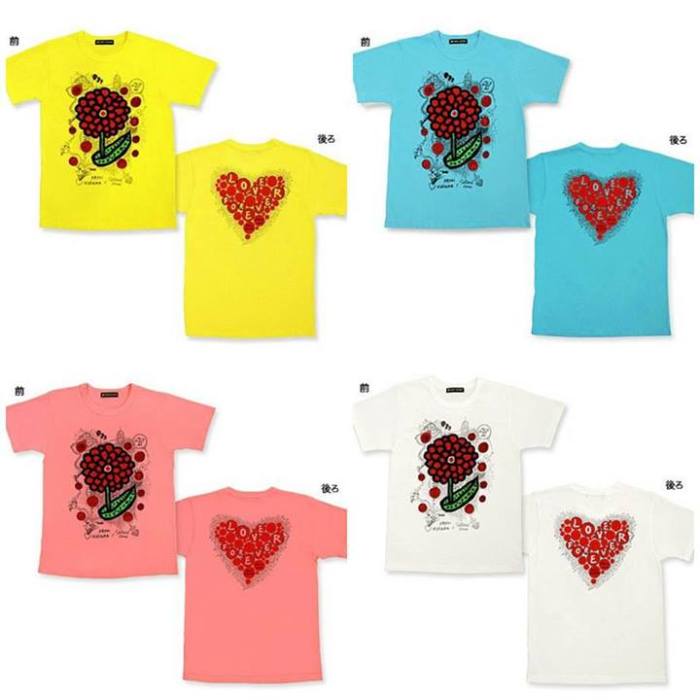 Sales this year set a new record; the design was a collaboration beween Ohno and Kusama Yayoi. Last year’s shirt, a collaboration between Ohno and Yoshitomo Nara, sold 764, 198 pieces. Let’s calculate: a shirt cost 1,500 yen x 1.3 million pieces = 1.95 billion yen or $20 million. Sugoi! Whoever thought of letting Riida design the shirts in collaboration with some of Japan’s famous artists was a genius.

In terms of drama, the highest so far was at 26.6% in 2005 with Hiroshi Abe. Second was Kinki Kids in 1997 with ratings of 26.3% (probably at the peak of KK’s fame). Third was Matsujun’s drama in 2008 that rated 25.6%.It’s interesting to note that the drama always rates higher than the show itself. Also, NTV started having idols host in 2003 with TOKIO. (Source for the statistics)

According to reports, while it’s true that Arashi did not get paid for their 24HRTV hosting, they did donate their fees. Rumors said the amount was 50 million yen ($500,000+).