“Don’t do anything foolish. So many people have died. Even hell is full. Why should you add to the crowd?” – Mo

Zhang Yimou, why did you do something foolish and made The Flowers of War?

As a cinematic work, The Flowers of War is visually very appealing. But the story, at best, is contrived and manipulative; at worst, laughable.

It combines unlikely characters caught in a war: convent girls, prostitutes and a mortician who is a good-for-nothing waiguoren that totters himself to salvation by acting as a priest in order to protect the church where these girls and women are hiding from the Japanese that have come to take over Nanking.

The irony doesn’t escape the viewer’s attention, to have innocence (convent girls) and sin (courtesans) clash, with a shadowy American in the middle.

If you watch a lot of movies, it’s not something you haven’t seen before. Whether it’s a war movie or not. Including the cheeky, cringe-worthy lines and the cliches. Zhang Yimou, what were you thinking?!

Christian Bale is cast as the mortician who pretends to be a priest, first for his own survival, and later, because apparently he had seen the light. I can’t say much about his acting except he does bastard so well I wanted to dig out his eyeballs. Nevermind if he is Batman.

The film is not without merit of course. Standouts in the film are Ni Ni, who plays Mo, the most popular and elegant  courtesan; and Zhang Zinyi, who plays Shu, the leader of the convent girls. Ni Ni looks like Tang Wei though it makes me wonder if she is Zhang Yimou’s new muse in the fashion of Gong Li and Zhang Ziyi.

But my favorite character is George, the young church helper played by Huang Tianyuan. He’s cute as the bespectacled boy who has to protect the girls and even cuter as an undercover convent girl. 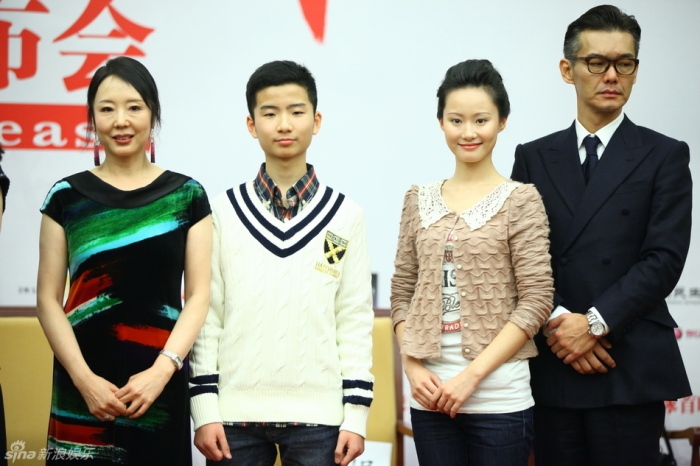 The film is not kind to the Japanese, but then, history is never kind to the truth, even if it’s through a plot made for cinematic and dramatic purposes. The objective of any war movie is always to show how war is never pretty and that it isn’t the answer. And if the objective is also to refresh the memory of people about what the Japanese did during World War 2, particularly the rape of Nanking, then this movie has succeeded in that. It makes one understand, even for a tiny bit, why there is still a lot of anger among many Chinese when it comes to the Japanese up to this day.

But again, war is not the answer. It never is.

The film was nominated for best foreign language film at the Golden Globes but lost to Separation from Iran. Many critics say it’s not likely getting a nod from the Oscars.

I agree with this review of The Hollywood Reporter on the film:

If Warner Bros. had made a film with this plot back in 1942, it would have made effective anti-Japanese propaganda and probably absorbing drama in the bargain. Today it just plays like hokum.