So. I thought that working from home will give me lots of time to write. But all the writing I ever get to do is work-related. WFH has removed all the barriers between work and home that I feel I am on-call 24/7 and there simply is barely time for leisure writing like this. With this unprecedented global crisis, we just do what we can to cope. Here’s what’s been keeping my quarantine life more bearable:

ARASHI’s Diary Voyage — I have at least two post backlogs on my takeaways from this and while I have watched the episodes several times (now at episode 7), I am always caught in physical inertia to translate my thoughts to words on the screen (because that means typing). But I have to say that episode 6 on the hiatus was not as emotionally draining as I expected, probably because I am always fascinated with behind-the-scenes so my emotions get stalled. 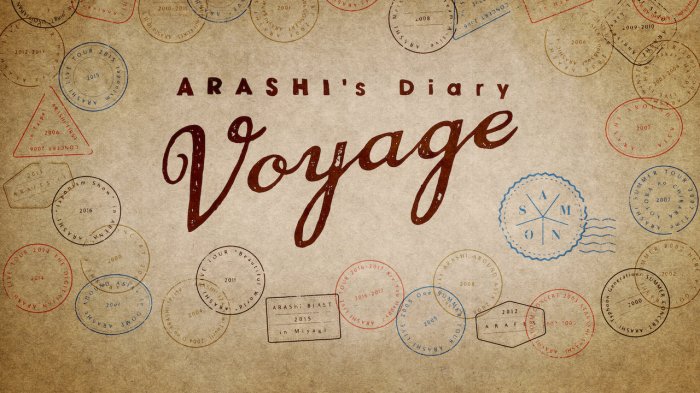 ARASHI’s concerts on YouTube — If someone told me in 2005, when I first became an Arashian, that ARASHI will give their content for free on the internet in 2020, I would have thought it’s the end of the world (it does feel like that sometimes amid this pandemic). I have lost count of the number of times I have watched [untitled] and ARAFES ’12 since they uploaded these two concerts a week apart starting from April 11. It’s a small detail that I own the DVDs to these concerts and have digital copies of them too. I am happy that the world can finally see what an ARASHI concert is like and perhaps won’t look back from there. But Voyage on Netflix should be required as a watching companion for the YouTube concerts to better appreciate all the time, ideas and efforts that go into producing an ARASHI concert. Matsumoto Jun is a visionary, but an ARASHI concert is not possible without the inputs and efforts of the other members as well as very capable crew who support them (“Make it work,” MJ tells one of them in an earlier episode). Both [untitled] and ARAFES ’12 showcase why their concerts are awesome and the gold standard for concert stages in Japan…but wait until the world sees Japonism.

These concerts are up for only a limited (unspecified) time (I’m guessing until the pandemic is over):

ARASHI’s social media updates — Let’s start with Wash Your Hands and the demonstration video that accompanies it, which has been an effective campaign (family and friends told me they started washing their hands thoroughly including the back after watching the video). Then there are the IG Lives they have done and the now almost-weekly Instagram Story updates (except Thursdays and Sundays). Imagine if ARASHI weren’t on social media? Well, life would still go on, but their presence on the platform surely makes quarantine days more bearable. Plus we also get first-hand information on what they’re up to while they self-quarantine (Riida cooking, Nino–what else is new–gaming, Sho shredding documents, and Jun and Aiba reading manga). ARASHI always so relateable.

Hospital Playlist — I seldom watch dramas while they’re airing because…the agony. Hospital Playlist is an exception and what drew me in was because it’s by the team behind Prison Playbook and the Reply series. I’m not even that familiar with the cast (and I am largely still influenced into watching a drama or film if I know the cast) but they’re all so good, especially Cho Jung-suk. It’s slice-of-life, which is rare for Korean dramas, so it doesn’t keep you on edge for the next episode. I watch it as soon as it’s up on Netflix on Thursday nights then rewatch it again before sleeping.

2gether: The Series — it’s only my second time to watch a BL series (I gave Ossan’s Love a try) and didn’t expect to get hooked. The series is updated on YouTube on Fridays and they’re now on the ninth of 13 episodes. Considering this is by GMMY, one of the largest entertainment agencies in Thailand, the production values are surprisingly below par, but as a friend said, you’re not here for the depth or the set, but for the eye candy. The series also introduced me to Bright Vachirawit (the song Kan Goo that he sings for the OST has been on loop for days now) and made me homesick for Thailand.

Happy Color — Before the pandemic, I have picked up on doodling again but this app is easier because I don’t have to draw from scratch. It’s just hard on the eyes though especially if you’re doing it at night to induce sleep. My favorite categories are places, nature, and food (the amount of pancake drawings I colored is an indication of what I’ve been craving for the most while on lockdown).

Adorable Home — It really caters to my dream of having cats at home. The app recently opened its bathroom section. I wonder what’s next–will they make a kitchen and dining area? 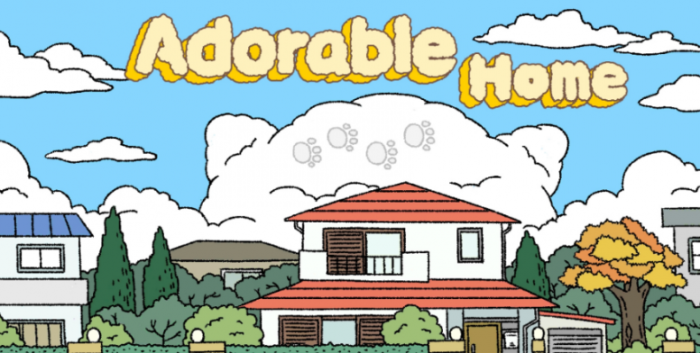 We gotta do what we can to cope. We don’t know when this health crisis will be over so in the meantime, we have to do our part–wash our hands, wear masks and maintain physical distance when outside, and stay home.

5 thoughts on “life in the time of corona”