I’ve always wondered why Xu Jinglei is China’s most famous blogger. I thought, there has to be a reason, in the same way there has to be an explanation as to why she is considered one of the four big actresses in Chinese cinema alongside Zhang Ziyi, Vicky Zhao Wei and Zhou Xun who are more popular internationally. 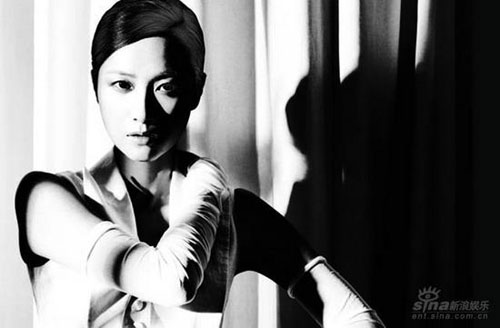 It was with this curiosity that I watched Go Lala Go! I just needed something cheerful for the holidays and the synopsis sounded fun. Besides, it was a hit so those millions of people who went to watch it couldn’t be wrong, dui bu dui?

The film, directed by Xu Jinglei herself, is based on an Internet novel about Du Lala’s rise from newbie secretary up the corporate ladder to HR director. It’s a rom-com and the love interest is played by Taiwanese singer Stanley Huang. I was surprised to see him in this film, not knowing that he also acts… well, apparently, in the mainland, he does. 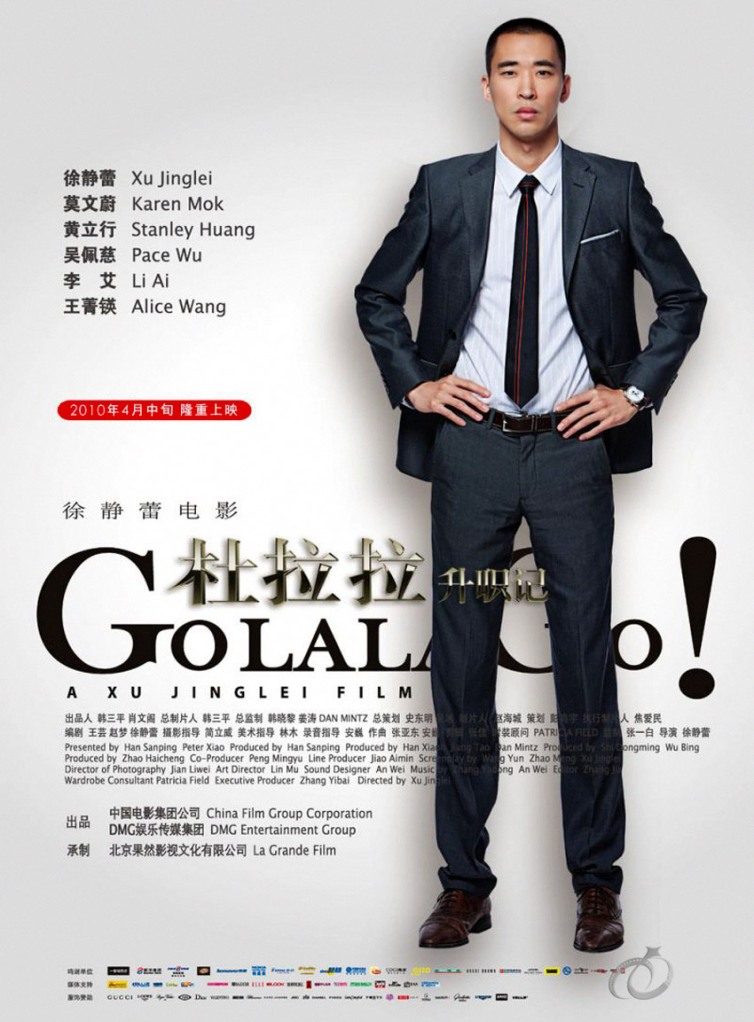 Stanley plays the stone-faced Wang Wei, the company’s sales director who used to have a secret affair–in a company that bans office romances–with the HR manager, Mei Gui/Rose, played by Karen Mok.

There’s one funny line that Pacey Wu, who plays Helen, one of Lala’s friends, says: 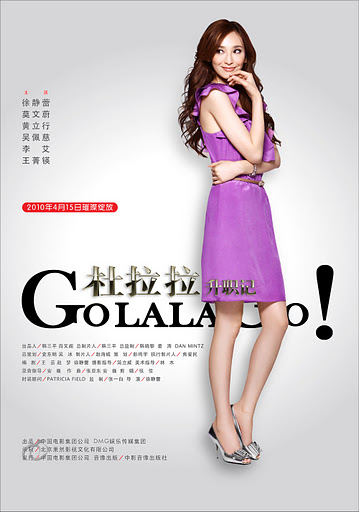 Xu Jinglei is an unlikely heroine because if compared to Zhang Ziyi, Vicky Zhao and Zhou Xun, she looks quite ordinary. But undoubtedly, she has the acting chops having starred in critically acclaimed movies like My Father and I and Letter From An Unknown Woman (for which she won best director at the San Sebastian International Film Festival in Spain). There are also scenes that she reminds me of Patty Hou.

She also has chemistry with Stanley and there were rumors that they were dating in real life.

No idea whether that’s true or not but the two are appearing in another movie this December, Intimate Enemies. Xu Jinglei said the film is an updated version of Go Lala Go! I suppose to give it an updated look too, Stanley is sporting a new hair, which looks like a mop on top of his head. Seriously. 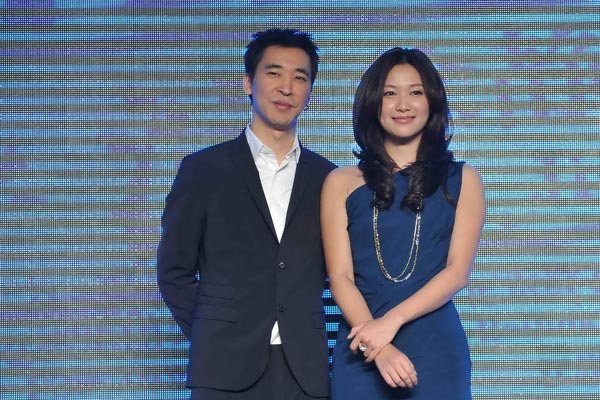 Stanley, sweetie, you should fire whoever did that to you. You can buy a better-looking mop at IKEA.

Well, I guess that’s the price you have to pay for an “updated” version, otherwise, the audience might have a hard time separating him from his Go Lala Go! character. But I do love Wang Wei’s monk-like look that made me look at Stanley under a new light. Now, with that new do… I don’t know.

Anyway, he sang the movie theme in his usual rock style, and it sounds so cool.

I really love this film that I had to download it on my iPad so I can watch and re-watch. You can watch/download the film with English subtitles here or here.

By the way, Xu Jinglei–who is also an e-zine editor–is no longer China’s top blogger, according to this article. That article is a fascinating analytical read on China’s top blogs and what they are about–and why people read them.

On a personal note, my friend @marylngoh said the movie is so like my story. I don’t know whether she meant it’s similar to the fan fiction I have written or it’s like the story of my life. If it’s the second one… then where is my Stanley Huang? And the sports car and the…