If there is one drama you need to watch this season, heck, this year, make it MISAENG. 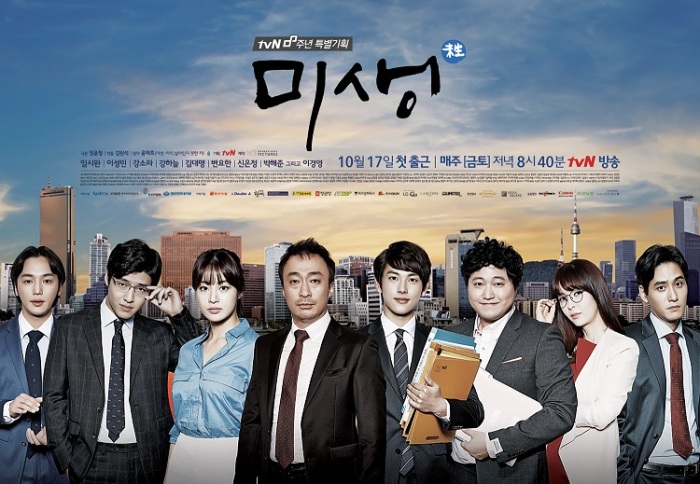 It’s very seldom that I come across such drama that pulls me in and affects me so much that even a quiet scene reduces me to tears. I have never watched a drama that emphasizes the nuance of a scene or a character the way MISAENG does. There is just so much context in its simplicity you can see not only the solid writing but the intelligence behind it as well. The story does not insult the audience nor does it becomes condescending even when it tries to preach. Sometimes it’s so matter-of-fact you forget this is a drama.

Of course it’s still a matter of taste and preference. I’m an escapist who wants the dramas I watch to be entertaining and not as tedious as real life. But every now and then, a gem like MISAENG comes along in an already crowded stage full of rom-coms or pointless melodramas that something like this needs to be highlighted.

So yes, if there is only one drama you might want to invest your emotions and time in, make it MISAENG, and here are reasons why:

I love ensemble dramas and while ZE:A idol Im Siwan is in the lead role, it is by no means his drama alone. From Lee Sung-min to Kang Sora, Kang Ha-neul, Kim Dae-myung and the relatively newbie Byun Yo-han, they each create a character that is so memorable and realistic you could see yourself in their shoes or know of someone who are like them.  Even the support cast turn in very effective performances and manage to bring humanity to otherwise cliche roles.

Particularly the ending song, which sounds like an old-fashioned ditty. It suits the temperament of the drama that those poppy songs by idols won’t be able to. It’s called Romantic Ideal by Rose Motel.

4. Baduk and lessons on life

Jang Gurae, the lead character, is a frustrated Go (Baduk) player and he applies what he has learned in the game in his work and daily life. There are also countless of quotable quotes inspired by Baduk.

“Your life is a collection of your choices.”

“There’s no choice that will satisfy everyone. You have to take responsibility over your choice.”

“It’s not smart to respond especially when there’s trouble. When you keep your cool while the opponent doesn’t ultimately gives them trouble.”

“You need to kick the ball to make a goal.”

“Do not overlook whatever we think is obvious.”

Whether you’re working in the trade industry or in a company or self-employed, well, as long as you’re working, you will find something familiar in MISAENG. It may be your story or someone else’s, it may be your experience or someone else’s, but trust me, this drama is like a mirror in so many ways. Anyone who has been through being an intern and starting out not knowing anything can totally relate to it. Even those who are already established in their work, or struggling or still searching for themselves, will relate to it.

“People think we just wear neckties and work like a block on the wall. We think our actions won’t affect society or the company. But our work is our life.”

So yes, for me, MISAENG is THE 2014 drama and props to tvN for producing it and to the cast for the superb performances. It’s already halfway through the 20 episodes and it gets better and better each time. So what are you waiting for? Go watch.

10 thoughts on “[drama] why MISAENG is a must-watch”