I don’t know whether it’s a good thing to watch an office drama that forces you to confront the existential questions in your chosen profession by relating to the characters, but thank you to jan for recommending MISAENG.

I like my dramas as fluffy as clouds (see, I even chose that wacky photo above than the more serious ones). Real life is already dramatic in itself, and when you are in an industry that digs through the good and mostly bad news, all you’d want to do when you finish work is to escape from all that. That’s why I started watching MISAENG with trepidation and jan’s “the first two episodes are kinda depressing but it gets better” was not really reassuring.

I gave it a try anyway and got hooked in the first 10 minutes alone, depression aside. It was so depressingly good that I felt like a masochist wanting more. And of course, because I didn’t want to end up going to bed with a broken heart, I watched up to the third episode even if it meant nodding my head off at work later, like an overworked, overstressed salary(wo)man.

What makes MISAENG a riveting watch is because it’s totally relatable even if you don’t work in the trading industry. For sure, there is a character that you’d see yourself in or will remind you of someone at work. Which character are you?

The underdog/Cinderella type
Jang Gurae, who failed at the one thing he set out to be in life (to be a national Go player) not because he was lazy or not skilled enough, but because of his circumstances. He had to work to support his family and so ended up only finishing high school and taking up odd jobs including as an on-call driver (those that you call up when you’re too drunk to drive yourself home, which is apparently a common job in Korea). Now, a road finally opens for him to work in a company, but as he said “roads are open for everyone to take, but not everyone can take the road“.

The rebel with a cause
Oh Sangsik, the cranky but maverick boss who is quite a rebel with his own superiors. He’s blunt and doesn’t take bullshit from anyone but he stands up especially for the juniors in the company even if he doesn’t mean or want to. He’s no ideal my-boss-is-my-hero though because he has a lot of demons to fight himself. 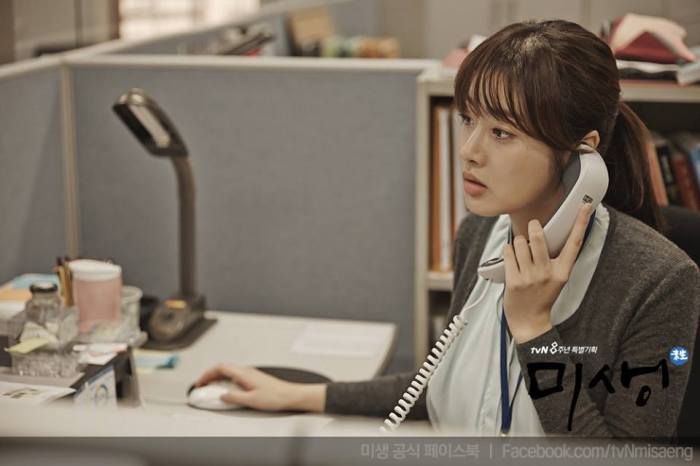 The ace
An Young-yi, the ace intern, who is so good in everything that is asked of her to do (from taking a call in Russian and English) to crunching financial analysis etc. She’s the kind that could intimidate or make anyone feel insecure, especially the MCPs. 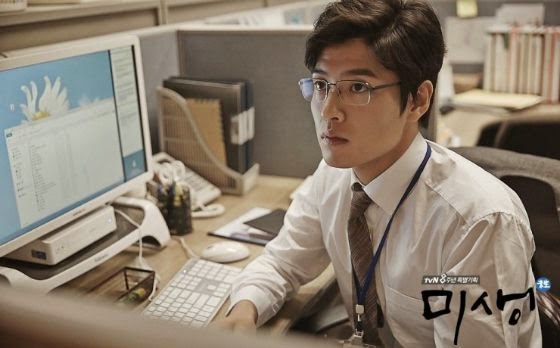 The ambitious one
Jang Baek-ki, the typical career-focused guy, who looks like he’s in a hurry to climb the corporate ladder. 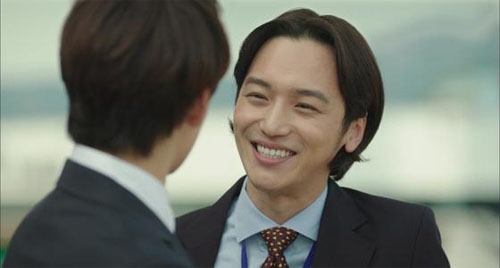 The resident goofball/rumormonger
Han Suk-yool, the happy-go-lucky, goofy character who knows everything that goes on in the office. He’s street smart as much as he is a smartypants too. In Korean slang, maybe he’s a 4D character?

The silent worker
Kim Dong-sik, the trusty right-hand man who is loyal to his boss, gets the job done but also bungles some.

There are other characters like the bootlicker, the loser (Yong-yi’s immediate superior), the bully (that cocky intern, who thankfully was not seen again after episode 2), the shrewd, and the list goes on.

The characters feel so real that sometimes you think you’re watching a stylized documentary. Of course, since this is a drama, you wonder who’s the bad or good guy and it was difficult to figure out especially with Baek-ki. But that’s what makes MISAENG so engrossing because it manages to transcend the manipulative tendencies of a drama production to become realistic with characters that you can relate to and whose motivations you can understand. As jan said, this has a slice-of-life, Japanese drama feel, which is a nice change.

On the other hand, it’s still every inch a Korean drama with the excessive physical contacts (I’ve always wondered whether hitting people that way was a norm in Korean culture because I haven’t seen it in real life but then I don’t live there) and the shouting. I’m sure some of the characters and situations are exaggerated but they do happen in real life and that’s what I like about the drama. They tackle a lot of workplace issues including gender, corporate greed and corruption, and office politics.

But it is Jang Gurae, played by ZE:A’s Yim Siwan, who holds the drama together with strong support from the cast. Siwan’s portrayal of the clueless, awkward and eager-to-please intern is so endearing that you just want to hug him and assure him it’s going to be all right. I spent most of the first two episodes crying for him because of his eyes alone and how they reflected his sadness, frustration and sense of loneliness. I haven’t cheered for a character as much as I have cheered for Gurae, wanting him to succeed so bad that sometimes I wanted to get into the screen myself and teach him how to operate the photocopier or wipe off the smug smile from that cocky intern.

Kang Sora is another revelation. This is the first time I’m watching her act (as it is also the first time I’m watching any of the cast) and I have to agree with majority of the comments that her portrayal is commendable because she avoids the aegyo and gives the ace intern a sense of earthliness and humanity it’s so difficult to hate her even if she’s so good in what she does and seems to be Miss Perfect (they still have to dig deeper into the background of her character as of episode 7).

Then there is Lee Sungmin. He’s so good as the no-nonsense boss that I would want to work with him even if I can just imagine how terrifying it would be at first.

Even Kang Haneul does well as Baek-ki. He’s sympathetic at times and irritating at other times, especially when he does nothing to defend Gurae and looks like he’s just out to stir the hornet’s nest. But I can also understand his inner battle at wanting to do more than what he’s asked to do because he thinks he so so much more capable than just doing Excel files or proofreading.

I also like how the drama does not put emphasis on the romance (it’s sometimes hinted but it does not dwell on it). We have a lot of romance dramas out there already that sometimes it diverts and distracts from what the drama is trying to say (if it has any message at all). And what adds more nuance into each episode is how the writer injects insights from the game Go, applying it to everyday life.

So yes, even if MISAENG starts off as depressing, it has an uplifting element to it. It doesn’t give you any false hopes that office politics or gender inequality will be a thing of the past (because that all depends on the players), but it does make you realize about a lot of things including putting yourself in other people’s shoes. I promise, I’ll be nicer to interns.

5 thoughts on “[drama] MISAENG…which type of worker are you?”