So I came across this article (see title) and while I was going through the list, I couldn’t help cracking up that I swear my colleagues must have thought I was going bat crazy. While reading, I couldn’t help applying them to Arashi because Japanese men = Arashi. This is just pure crack, ayt?

10. Too many weird hobbies

These women are creeped out by guys obsessed with idols. The ones who stand in line for hours just to shake hands with a member of idol group, AKB48, or get angry when their favourite idol goes out on a date with another guy.

It’s just not the idol-obsessed men either. According to these ladies, you’d be surprised at how many weird dudes with Lolita complexes there are in Japan.

Lolita you say? We’ll give you an even wider variety from an OL to a nurse to an Akihabara maid that will certainly freak you out.

You want more? You’ve got more: cheongsam-dressing okasan, school girl, and everything in between including a prince and a kindergarten pupil.

You find cosplay weird? You haven’t seen it all until you see this: 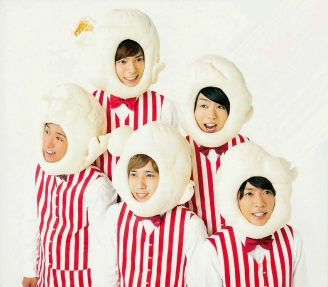 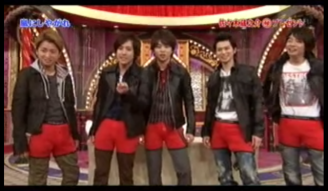 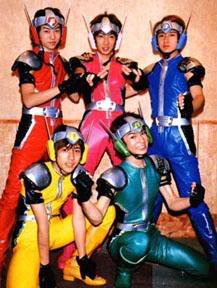 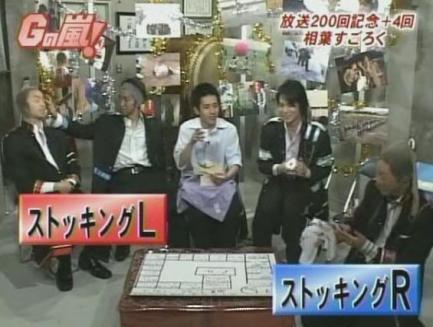 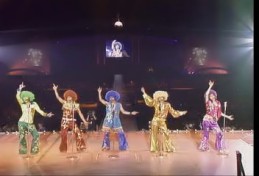 (Photo credits: Pika*** Life is Hard Good Thing I Have Arashi, A Day In Our Life Someday, The Proud Penguin, Akane Nishihara on LJ, Everyday 5 Colored Rainbow, There’s Gotta Be More to Life, Ninomiya Ninomiya, Japanator; Note: For photos that appear individually on this post and not part of a gallery, credit is embedded and hyperlinked.)

9. Have a small appetite

A 21-year-old Chinese student had this to say:

“Japanese men don’t eat at all. Even when we’re at a restaurant, they just order the cheapest item and don’t order alcohol. They also don’t eat all of their food a lot of the times, so even if we go out to eat together, it’s not enjoyable.”

Chotto matte, I don’t think these women are referring to the Japanese men I know. For sure, they haven’t met these dorks, especially Sakurai Sho who will eat anything that is dished out to him. 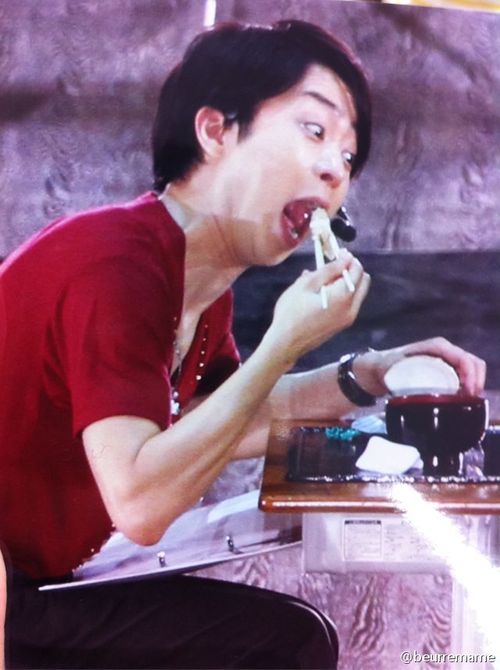 That appetite is better appreciated in gif:

Even the brat who is known to love burgers eats a lot of other food too:

And what do you mean they order the cheapest item on the menu? 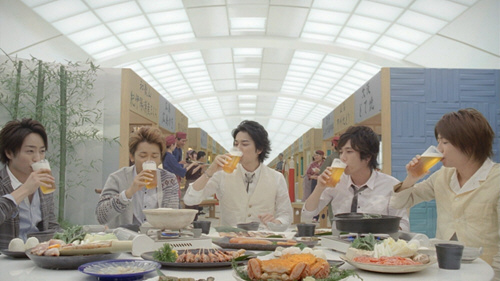 Whoever those women met and found to have weird hobbies may not be Arashi after all.

Most women don’t like to be talked down to, including the ones who took this survey.

Yeah, I’m beginning to be convinced that these women have not met Arashi or watched this and similar shows where the five boys are put through the wringer by women:

Or this, when they are judged by women based on their fashion sense. Yeah, coz women believe beauty is clothes-deep.

7. Have a gloomy personality

Coming in at number 7, many foreign women complained that Japanese men are all doom and gloom. No one likes a downer.

Now, I’m really pretty sure the respondents have not met Arashi, who can laugh even if they’re being made fun of by their senpais. That’s how sunny they are.

A common complaint among women in any nation is that their man doesn’t listen, but this is quite the opposite.

Many foreign women said their Japanese man talks too softly, so even if he was listening, you’d never hear his response.

Oh dear lordy, decide women. You don’t like men who talk down on you and who have weird hobbies and you don’t want them to speak softly either. They speak softly? Really?

5. Greetings are too reserved

A 22-year-old American student commented, “Japanese men are really shy. Most of them won’t look at my eyes when we’re talking.”

Aside from zero eye-contact, Japanese men were said to not greet women properly (according to the survey takers).

Are they shy or shocked? I can’t decide. 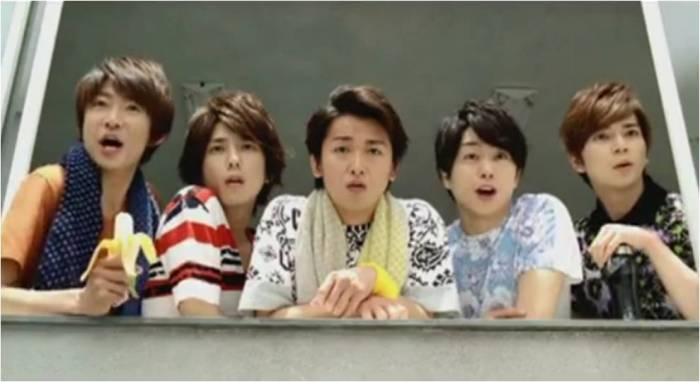 But I wouldn’t call them reserved either. They can be very expressive . 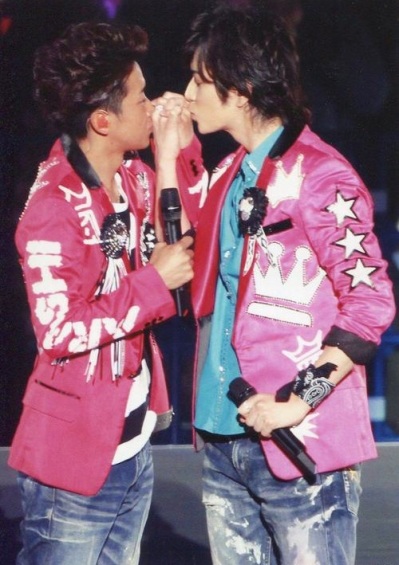 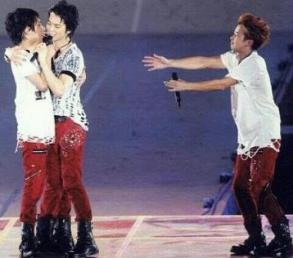 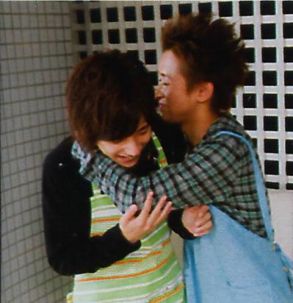 A 19-year-old Korean student commented on the stinginess of the Japanese men she has dated:

“The thing I was most surprised about was the time a Japanese guy asked me out to eat, but insisted that we split the bill. In Korea, it’s usually the guy who pays. Another time, the guy I was with said that we had to split the bill for a love hotel; I was so shocked that I walked out and went home.”

Well, maybe some respondents have actually met one Japanese guy I know. NO DOUBT, Ninomiya Kazunari.

The Arashi member who loves money the most his name might as well be Ninokane or Ninomoney, and who wouldn’t go to dinner unless you pay (girls, please get a number and fall in line; no pushing!).

Many of you have probably heard about “herbivore men,” a term that refers to men in Japan who are uninterested in sex or finding a girlfriend.

A 22-year-old American student who took the Bucchi News survey has a new nickname for them: hyenas.

The term refers to Japanese men who get so caught up in anime that they eventually fall in love with cute anime girls for real. They aren’t interested in living women, only 2-D women who aren’t really alive. These men are like hyenas, only preying on dead things (anime characters).

Okay, that Korean girl who talked about Mr Stingy, please introduce this American student to Arashi’s sexual powerhouse, onegaishimasu. (The hyena reference really cracked me up though.)

When it comes to their man, many foreign women don’t like someone who’s too thin. It’s especially a turnoff for a lot of women when a potential Japanese boyfriend is skinner than they are. 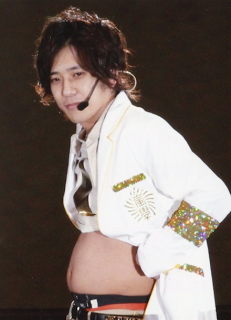 1. Everyone’s hairstyle and clothing are the same

A boyfriend who looks like everyone else is a bore for many of the women who took this survey. It seems that most foreign women in Japan want a Japanese boyfriend who is unique and has his own style.

Well at least, they have different cuts and fabric. 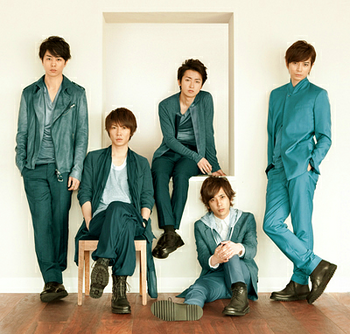 Well, at least these doctors–what, they’re teachers?–make an effort to wear different colored shirts and badges… 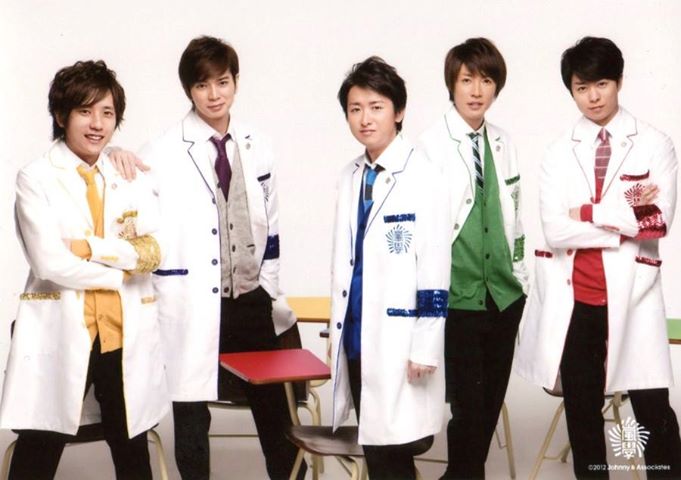 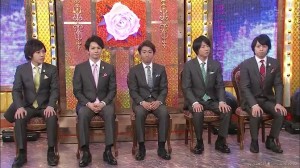 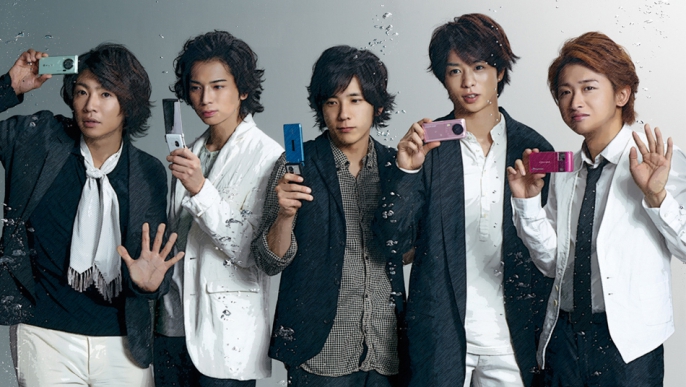 They may have the same style but they have their unique shapes. 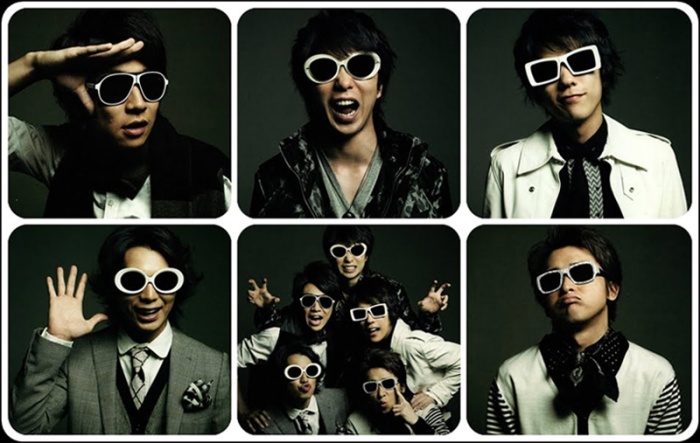 And they make an effort to be different even if it’s in the colors of their umbrellas. 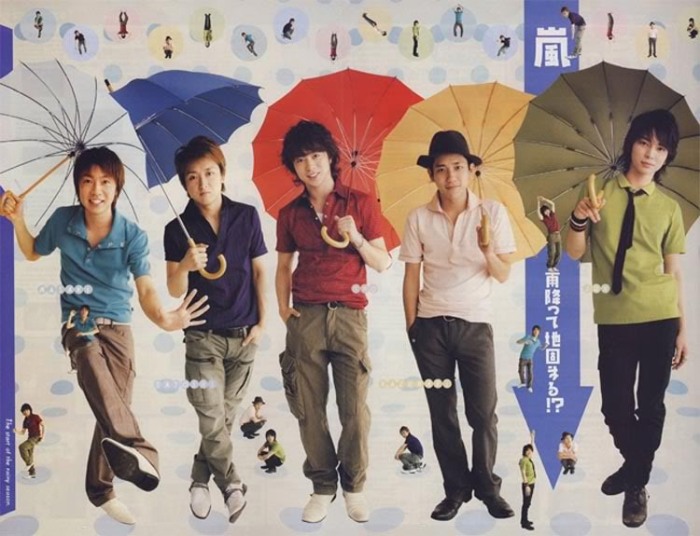 And what’s wrong with being monochromatic? 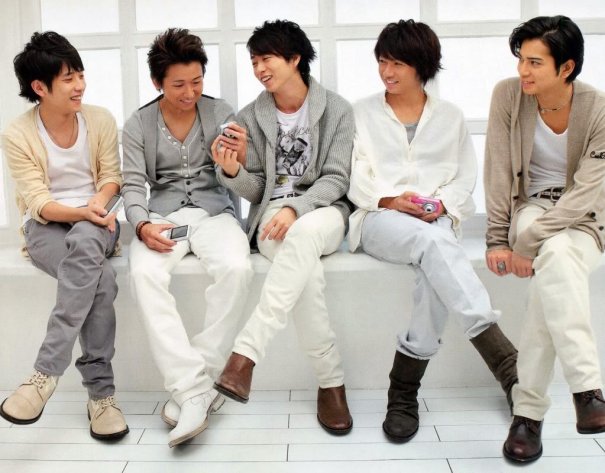 Besides, they put their own spin to whatever style. 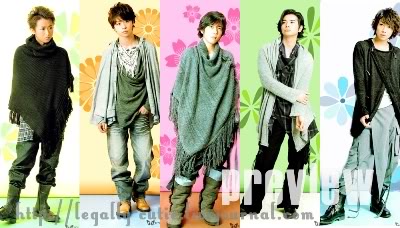 And it’s not really in the hairstyle and clothes that make a man. What are these women thinking? Get to know the person and who knows, you’ll discover an artist hidden behind the sleepy fisherman, or an adorable fail in the newscaster, or a hilarious guy in the DS otaku, a shy, warm person in the DoS and a lovable animal-lover in the airhead.

In case you’re curious about the article this crack was based on, here it is.

Clearly, I’m not one of those women they interviewed. Were you?