I’m back to where I started. I have come full circle. 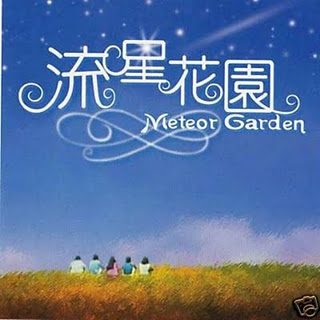 The year was 2003. There was a fever sweeping fans and it was called Meteor Garden, a Taiwanese series that was first broadcast in 2001. The memories are also falling from the sky like meteor rain: Guys were rebonding their hair and growing it long. There was a look-alike contest on a noontime TV show where contestants wore scarves in a tropical country while singing “oh behbeh behbeh behbeh, my behbeh behbeh.” I bought a VCR just so I would not miss the episodes aired in the afternoon on the network where I ironically was then working at. The dubbed version was not enough of course. My friends and I would buy VCDs from sellers so we could have the original version. A homegrown retail brand brought the F4 members over for events and concerts. I gave my ticket to a concert featuring two other members to a friend because those were her favorite ones and not mine. We “invaded” the airport beat as aviation reporters for a day so we could see two other members arriving right at the tarmac. It was a crazy, heady time. Good times.

The year is 2018. Another fever is sweeping fans and it is still called Meteor Garden, but of a different variety. So many things have changed in 17 years since it first aired. For one, we didn’t have to wait two years before the series arrived on our shores. The charm still works though but I don’t think guys would be sporting “pineapple hair” any time soon or that scarves will be back in fashion. Who knows if there will be a resurrected romance with yakult or sale of Clear shampoo would go up. I’m not with that TV network anymore but they’re also airing a locally dubbed version. Like many others, I don’t watch TV too, I stream. We don’t have to buy bootleg copies of the series because thanks to technology, you can download or watch on Netflix. I’m not sure if it would still be crazy, heady times ahead, but one thing I’ve learned as a fan: never say never (but never say forever).

Yes, I’ve succumbed to “peer pressure” and watched Meteor Garden 2018. I was prepared not to like it: at first glance, the cast–except for “Dao Ming Si”–did not seem good-looking as their Taiwanese predecessors, and the series has that annoying Chinese dubbing to conform to accents (in this case, the Shanghai elite accent apparently).

But here I am: Gushing about it on Twitter, listening to the soundtrack while working, rushing home after work so I could continue watching (age has caught up, gone are the days I could marathon a drama until the wee hours, sleep an hour or two and show up at work bright-eyed and bushy-tailed), and even writing a post (the first of many, most probably) about it.

Meteor Garden 2001 has a special place in my fan life. It opened the door to my fascination with Asian pop culture: dramas, film, music. It may be the most rudimentary due to a small budget (they had to buy F4’s clothes from Taipei’s nightmarkets for one) and not as beautifully shot as the other adaptations but, hey, it was a trailblazer. It launched the career of five unknowns and propelled them to fame not only in Taiwan but across the region, and even to Asian pop culture fans in the west. Even today, 17 years since the series first aired, they still remain relevant and may as well serve as a textbook guide to upcoming idols.

Watching the 2018 reboot is also nostalgic because I am doing it with friends who also watched the 2001 version. We are obviously a lot older and have gone through many fandoms but when we talk about Meteor Garden, we talk like it was also still 17 years ago.

And I can’t help but look back on the past 17 years as a fan too. I have gone through many phases as I discovered Taiwan dramas and films, Mando-pop, Hong Kong films, Canto-pop, Korean films and dramas, K-pop (mostly OST), and Japanese films and dramas. It was the last one that led me to the one major fandom that I consider as my homebase as a fan, Arashi. Even when I get invested in other artists like Jay Chou, Jung Yonghwa, CNBLUE (I also went through one month of Big Bang then stopped listening to their music altogether), I have never stopped being an Arashi fan.

But Meteor Garden is different. It occupies a special place in my fan life even if I have moved on to other things. Admittedly, I was never excited about a rebooted Meteor Garden, but I wasn’t one of the naysayers either, especially when I heard that it’s still Cai-jie (Angie Cai) handling the project, but with the backing of Edko Films and Netflix. And it is for this reason why I gave it a watch, aside from the prodding of friends who were also MG fans. I thought if they like this version, then it can’t be all that bad considering how touchy we sometimes become when something we like gets remade.

And so here I am back to where it all started.

Welcome to Volume 2 of this so-called fan life.