I have previously written about the No. 1 problem of fangirls: okane (money).

Now granted you have the money and you can buy anything you want. What would be your next problem?

Being a fangirl really caters to one’s basic consumerist instincts. There will always be stuff to buy, especially if you are supporting pop stars who are also actors and TV hosts: photos/photobooks, magazines; drama and movie tie-in merchandise; or when it’s concert season, all those nice and cute merchandise; and where it matters the most: singles, albums, DVDs/BDs.

Oh, and they’re endorsers too. Shampoo, chocolates, condiments, beer, even laundry detergent. If you’re loaded, you can buy a car or invest in real estate. At least you don’t have to buy a plane, a plane ticket will do so you can sit in the same business class and enjoy the WiFi they talk about in their ad. Or go to the places where they filmed their ads.

When I packed my things after almost 13 years of living overseas, I was stressed squeezing my life for over a decade into boxes.

I ended up with six big boxes to send home. One box alone contained my precious DVD and CD collection. Another box were books, including photobooks and magazines. The uchiwas were packed together with the more fragile stuff (I don’t think Matsumoto Jun would appreciate a crease across his face).

All in all, two big boxes of my fangirl life alone. Good thing I do not collect everything.

I was never one to collect photos and was quite an early adapter of digital photos (that would be my problem should J&A go in that direction). I’ve stopped buying magazines a long time ago too maybe because I’m in the media business and the last thing I want to see scattered at home or gathering dust are piles of magazines. Over the years, I had to throw a lot of magazines out whenever I moved houses. I only buy magazines when I’m in Japan and only if they are special issues.

Among the concert merchandise, I used to always buy shirts nevermind if the size was always an Ohno or Nino (meaning a teenage boy) but I’ve stopped buying since 2015. I have kept the shirts and occasionally wear them on weekends.

I love looking at concert merchandise though that doesn’t mean I would buy them all. However, it’s one thing to appreciate them through the screen of your computer or phone, and another thing to see them in person. I always get panicky whenever I’m at the merchandise stall myself and would have this urge to buy everything in sight. As Jun would say: yabai yabai yabai. Or simply put in Aiba-speak: very danger, very very danger.

The merchandise I ended up buying though turned out to be very useful. Some examples: 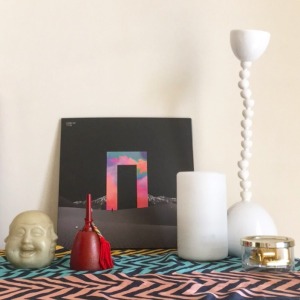 Not all of these are concert merchandise like the albums (the JYH limited edition is a gift from a friend) but they fit the aesthetics in my flat. They have stories to tell too.

For example that TIME mug. My friend and I lined up for three hours at the Yokohama Arena, one of the stops of Arashi’s summer tour in 2007. We were just two years in the fandom then and were (still aren’t) members of the fan club and didn’t know how to get tickets. But we were in Tokyo so we thought why not go to Yokohama for a day trip and check out what it’s like and who knows, by some miracle, find available tickets. As we walked from the train station to the arena, our hearts sank with each step we took though as we saw fangirls holding up signs asking if anyone has tickets to spare. We were not prepared for the queues either and ended up looking like we came from Okinawa (or at least Odaiba) with our sunburn. By the time we got to the booth, we panicked, wanting to buy everything in sight.

A similar thing happened during the Digitalian and Japonism tours so it’s always advisable to study (yes, study) the goods beforehand and make a decision. That doesn’t preclude changing your mind at the last minute though.

The JYH pillow I ordered from FNC Japan and had it sent to my friend’s address. I got a shock when I picked it up from her as I wasn’t expecting a regular-sized throw pillow but a small one. There was no other choice but to handcarry it. (I wanted the JYH hanger from his second solo concert but it also required handcarrying a half bust of Yonghwa and a friend was not really keen on doing it www.)

The Arashi Kokuritsu photobook is part of my apartment’s minimalist aesthetics. Of course I flip through the pages every now and then, wishing for that day I can finally watch them at the National Stadium once it re-opens for the 2020 Olympics.

Obviously, a trip to Japan is not only a time to visit favorite places and discover new ones. It’s also a chance to go to the grocery and end up with the entire Arashi endorsement package: chocolates, shampoo, condiments, yes, even that sanitary-napkin-looking eye mask (what even, Sho). It’s called “fan support” wwww.

I used to joke that a huge chunk of my salary went to buying “J&A stocks” through all the CDs, DVDs and Arashi merchandise and products, and the concerts I have watched. Other fans even hoard.

Well, it’s your money and if you can afford it and it makes you happy, then go for it.

Because yes, money can buy you happiness. What self-control?

(Just don’t get yourself into debt or borrow money to support your, cough, fangirl addiction.)