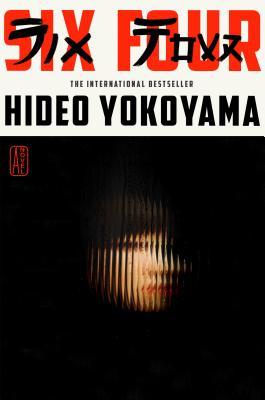 “…one of the best crime novels…”

The words popped out at me while I was idly browsing through the shelves at the bookstore.

I am not really keen on fiction anymore but the cover marketing plus the fact it was the first novel by Yokoyama Hideo to be translated to English were more than enough reasons for me to pick the almost 700-page-thick novel and proceed to the cashier.

Japan is known for its detective dramas and crime thrillers so I reckon reading it instead would be interesting. But boy, I was in for a surprise.

The crime at the root of the book was the least of the plot. The author devoted a huge chunk of the novel’s 643 pages to the back story so intricate they had to include an illustration of the police and press organisations in the introductory pages.

Western reviewers have called the book a slow-burn, but I guess they are not really familiar with the Japanese style of storytelling, whether on screen or in print, where everything happens seemingly at slow pace.

Yokoyama-san takes the reader through the intricacies and delicacies of Japanese interpersonal relationships juxtaposed against an equally complicated police organisation structure. It can get confusing with the amount of characters he throws in but that’s where the diagram becomes relevant.

And though he writes in excruciating detail about the journey of Mikami and his struggle as a former detective, a father, husband and lackey of the large police agency, the book is a page-turner. It’s very interesting to read the character’s thoughts as if you were thinking them yourself as Mikami pieces the puzzle together.

Along the way, the reader would form theories about the mystery at the heart of the story but the plot twist was nothing that crossed my mind. I thought I had pretty much figured it out but as every layer of the police cover-up was revealed, the more I got lost in the labyrinth.

They did a two-part film based on the book with Sato Koichi as Mikami leading a powerhouse cast that also includes Ayano Gou, Eikura Nana and Eita.

But the Mikami in my mind was more on the dandy side: Hiroshi Tachi and I need to bury that visual if and when I watch the film version.

Something that remains a mystery though: while the story was about the kidnap and murder of a young girl and the disappearance of Mikami’s own daughter 14 years later, they were, as mentioned earlier, peripheral to the plot. So it’s a mystery why they chose a girl as the cover for the book’s English version and I’m definitely sure it’s not the first victim nor the missing daughter, who hated her face. I guess it all boils down to marketing.

Six Four was awarded as Japan’s best crime fiction in 2013. I’m looking forward to more works of Yokoyama-san being translated into English.