I love dramas that offer a glimpse on the real drama behind the scenes. Unfortunately, I can only think of one that has met or satisfied expectations: Worlds Within. Perhaps it is difficult to produce something so familiar for those who already work in the industry so productions centered on the entertainment industry mostly comes out as gross exaggeration and approximations. 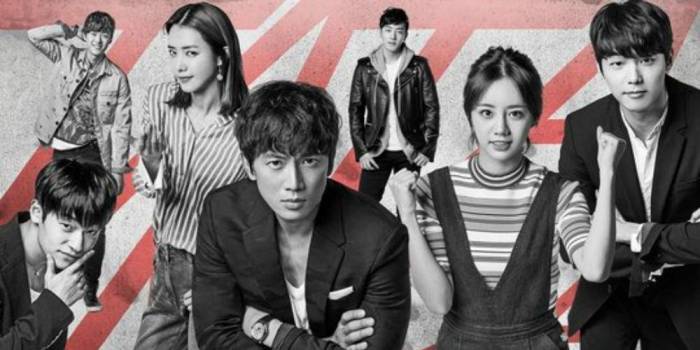 I was really looking forward to Ddanddara because of its plot on the rise of an indie band. The first episode started good enough but it soon faltered because it was trying to do a lot of things and cramming too many sub-plots. Unfortunately, it has become a feature in each episode. If it’s not trying to throw a lot of dramas into the already dramatic plot, it is trying to drag it out to the point of boredom. And don’t get me started on the brewing love triangle between the three main characters.

The story is compelling enough: a down-and-out manager tries to create a band out of four unknowns. Haneul, who has been involved in a sexual assault case in Busan; Kyle, a former Julliard student with anger management issues; Yeon-soo, a single father to a five-year-old kid; and Jae-hoon, a rich mama’s boy whose life has revolved around school and fulfilling his mother’s dreams.

I have kept watching up to this point because I’m genuinely interested in the band and want to see how they will succeed in their uphill climb to success that has been littered with so many dramatic stumbles from sex molestation to possible incest to bankruptcy to single fatherhood to corrupt practices in the industry.

I do appreciate how it offers glimpses into issues that ail the music industry such as sajaegi, sponsorship, corporate power plays, music show politics, fandom politics, and other scandals that can easily bring down an idol. These are very relevant issues that fangirls are familiar with and it’s interesting how the drama plays them up.

Among the band members, my favorite is Yeon-soo, the bass guitarist, mainly because Lee Tae-sun is such a good actor. I’m impressed and surprised at the same time that this is his first acting work, there is even scant information about him on the Internet. Lee Tae-sun can give artistes who have been acting for a few years a run for their money with his natural talent.

Gong Myung (Kyle) and LJoe (Jae-hoon) also do well in their roles as the ex-Julliard student/lead guitarist and drummer, respectively. Minhyuk (Haneul) is a disappointment though. He has been good in his previous acting roles but as Haneul, I get the impression that he is underacting. Perhaps he is scared to overact on the emotional scenes but they only make him appear as either impassive or flat. His singing though makes it up for his stiff acting, well, almost.

As for Jisung, he’s already a seasoned actor, so his role as Shin Suk-ho is easy peasy for someone who has played multiple characters in Kill Me, Heal Me. And then there’s Hyeri. As the female lead in the drama, a lot rests on her. I haven’t seen her previous works so I have no idea about her growth as an “actress” but as Geu-rin, she grates on the nerves with her enunciation, aegyo acting and especially when she tries to modulate her voice. When Suk-ho fired her as the band manager, I was hoping that would be the last we’d see of her, but of course, I know it’s just a fantasy.

My two other favorite characters are Jang Man-sik (played by Jeong Man-sik, a well-known character actor who is really funny here as a songwriter who doubles as Suk-ho’s sidekick) and CEO Byun. They provide comic relief to the drama-laden drama it’s like a breath of funny gas whenever they appear onscreen. 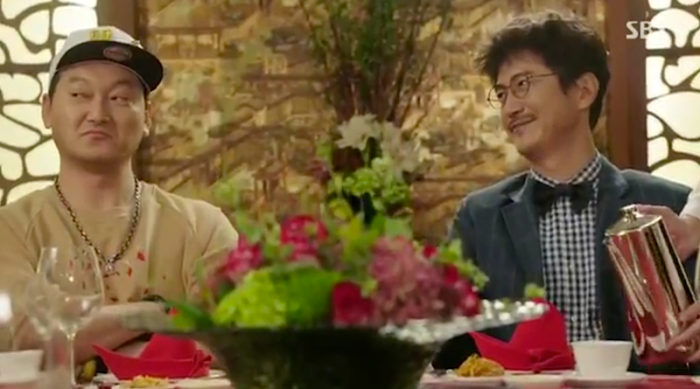 I have come across complaints on Twitter on how the drama is focusing too much on the love angle, instead of developing the band members’ characters. This is a drama about them, after all, right? The unnecessary subplots have reached the point of annoyance that I do other things like tweet when it’s the Suk-ho and Geu-rin cringe-worthy scenes. It’s not even about the age gap between the two actors, but the awkward acting is just a pain to watch that Ji-sung and Hyeri have to work harder to convince the audience about this non-existent chemistry.

But really, I hope the story will focus more on the band’s up-and-downs. For all it’s worth, all the drama that has happened so far though has made their first performance on TV (The Show) very satisfying to watch it felt like actually fangirling a real band that has finally debuted after a long wait. But we are just on the halfway mark (the series has been extended to 18 episodes)  so god knows what more unnecessary drama writer-nim will come up with. If that persists, then I don’t know how Ddanddara can keep up with its name if it ceases to be entertaining. 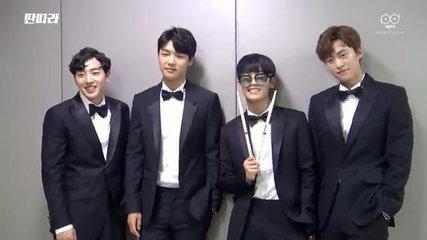 I really want to see Ddanddara Band succeed. Meanwhile, the song–I See You–has been on loop the past week.