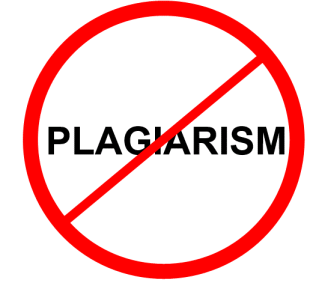 With the apology of the Running Man PD over the show’s plagiarism of a VS Arashi game, this issue should be over, nevermind the amount of silly comments that’s been thrown out there. Silly comments that range from “but that looks like foosball” to “it’s a boring game, go ahead take it” and to “what’s the proof they plagiarised (uh, the PD already acknowledged it?)”.

But nothing could be more inane than one that I came across just today by accident while scrolling on Twitter.

“They should be proud”

There were similar comments under the articles posted on the issue but I can’t let pass this one, because in just four words in one tweet, it captured the arrogance that has been a recurring theme when dealing with anything Korean pop culture.

There is something fundamentally wrong when we think it is an honor to be plagiarized and that it is forgivable when the one committing it is “famous”. The more famous one is, the more the moral responsibility should be. Or are we learning the wrong things from our so-called idols?

Yes, it is praise-worthy that PD-nim apologized before it erupted into a full-blown lawsuit but it makes me wonder, was he trying to avoid that from happening or has he learned his lessons from Yoon Eun-hye?

For the uninitiated,the games on VS Arashi–like other Japanese variety game shows for which the country is famous for–go through their own audition with the crew and the cast. Arashi themselves pitch in their ideas. In one VSA special, it was shown how Arashi themselves tried out one of the new games (Shotgun Disk) before it was introduced on the show and what was eventually approved was an improvement of the original idea.  Anyone who has watched VSA would also notice how the sets are meticulously built, especially for the Giant Crusher (that they seldom play now). So to blatantly copy any of the games is an insult to all the hard work that the entire production puts into it.

And while VSA may not be as “famous” (fame being relative) as RM, it is being aired in other countries like Australia, Malaysia and Thailand so it does have an international audience.

But Running Man and VS Arashi aside, plagiarism is cheating and stealing, that’s why it is morally and ethically wrong. It is intellectual theft. It ranges from copying content (thesis, novels, storylines, music) to copying form (game show, fashion). To blatantly copy and pass on as one’s original work something that has been the product of a rigorous process is not only robbing the creator the credit but disregarding all that hard work too. And to say it is a “homage” is an insult and a lame excuse for laziness.

But I guess when you are not the creator of any kind, or you haven’t experienced how it feels like to have your work stolen, you won’t really give a hoot about plagiarism.

In this Internet era where everything is literally under our fingertips, everyone thinks that whatever is out there is free. The Internet has become the enabler for a generation of cheapskates and freeloaders that think that you don’t have to pay premium for creative work because it’s all in the worldwide web anyway.

And I wouldn’t be surprised if the very same people who think there’s nothing wrong with plagiarism own fake designer brands, download illegally from the Internet (c’mon, support your idols by actually buying their work) or think nothing as long as famous or rich people commit the wrongdoing. No wonder this world is f*cked up.