I guess with this post, I’m owning up to being a BIGBANG fan. Though I still can’t call myself a VIP (in the same way I can’t call myself a Boice) because I don’t want that commitment. When one friend asked me if I’m now a VIP, I answered that I’m just a music fan. But thanks to those who have “welcomed” me to the fandom anyway. Though generally, I don’t think we need to put tags and titles when “fan” is good enough already. Though yes, I’m an Arashian even if I’m not a member of the fan club (don’t get me started on why). I think years of being their fan entitles me to that at least.

And it just hit me — hey, my three favorite artists form an ABC.

But man, are they so different from one another. But liking them makes me feel kind of a well-rounded music fan, all I need now is classical music. Hah.

Let’s do the ABCs on each group and how I was baited.

Arashi (Japan)
Genre: Pop, R&B
Since when: November 2005
Where was I: Adjusting to a new life in a foreign country.
Bait: Drama – Hana Yori Dango (Matsumoto Jun)
Turning point: Their old variety shows from C x D x G and Mago Mago Arashi (would spend weekends marathoning on them. Good times.)
First fave song: Subarashiki Sekai
All-time fave song: A.Ra.Shi. 5×10 is a close second.
Ichiban: Jun though many think it’s Nino, but who cares, I love them all.
Live experience: Asia Song Festival 2006 in Gwangju, S. Korea; Digitalian 2014, Nagoya
Surprise factor: They’re not the typical idols. One word: stocking. They’ve also been in a few scandals over the years and had a tough journey to where they are now, at one time dismissed as the least likely to succeed. Guess who’s surprised.
Why I’m still a fan: They’re fun, down-to-earth boys who have grown up into self-assured men but still remaining the same bakas their fans came to love, not afraid to poke fun at themselves and giving their all to every opportunity they are given as if it’s the last thing they have to do in their lives.
Pimping them: Happy pill, no dramatic side effects; I can also dangle J or Neen. 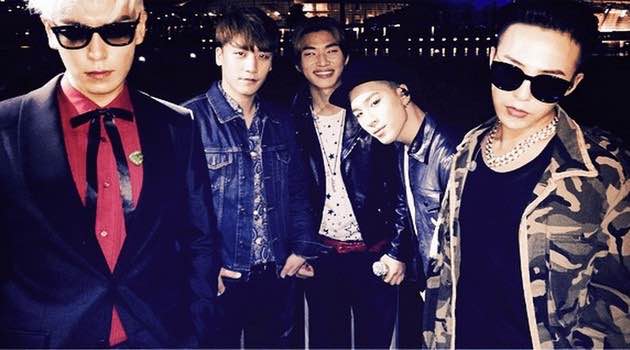 BIGBANG (Korea)
Genre: Hip Hop, EDM, R&B
Since when: July 2015
Where was I: The summer of discontent: drought and Grexit
Bait: Tee. Oh. Pee. And his weird IG posts.
Turning point: Appearance on Happy Together
First fave song: We Like 2 Party
All-time fave song: I’m still a newly minted fan but I really love Stupid Liar.
Bias: GD (proven when I watched MADE and couldn’t take my eyes off him)
Bias-wrecker: TOP; sometimes Seungri; other times Daesung
Live experience: MADE 2015, Bangkok
Surprise factor: It’s not that TOP can’t or don’t dance or that he can sing (just because he raps most of the time). Or that GD is the epitome of cool. But that their music is actually very nice to listen to. I thought it was hardcore hip hop. Now I’m not as ignorant.
Why I became a fan: They’re cool and they make cool music, plus they are funny (yes, that counts a lot for me).
Pimping them: Here’s BIGBANG with Dragon on TOP.

CNBLUE (Korea)
Genre: Rock, Pop
Since when: December 2013
Where was I: Christmas and Nihongo classes.
Bait: Drama – Mirae’s Choice (Jung Yonghwa)
Turning point: 392 concert
First fave song: Let’s Go Crazy
All-time fave song: YFFM
Bias: JYH
Bias-wrecker: Kang Minhyuk; sometimes, My Friend
Live experience: CSBKK, CSBusan, CSPH 2014; Wave 2014, Nagoya; White 2015, Yokohama
Surprise factor: How they are treated as idols (and pin-up models). But I guess it’s the curse of their fame although this status often overshadows their being musicians.
Why I became a fan: Their music. I watched their 392 concert on DVD and found their live awesome. Best to watch them in Japan.
Pimping them: They compose their own music, play their own instruments and it doesn’t hurt they’re all good looking. Ear fun and eye candy, what more can you ask for?

I realize that this post is a melting pot of J-pop and K-pop terms. “Ichiban” (you say “bias” in K-pop). “Pimping” is a very common term in LJ, just as “bait” is; “Jun-baited” being a very famous Arashi fandom term. And of course, “bias-wrecker” is a very K-pop term (just as “comeback” and “goodbye stage” are).

Who really knew there will come a day that I’d be writing a post like this. And I thought getting into CNBLUE was already a big step. Turns out it was only the beginning. But hey, I’m not that easy okay. It took me four years to give CNBLUE a listen while BIGBANG maybe even longer than that. If this proves anything, it’s that I don’t listen to my friends all the time. Ironically, my friends who were CNBLUE and BB fans have all moved on (they’re still Arashi fans though). And I’m just starting.

Truth be told though, my playlist has never been this diverse. Music evolves and so do we.