Meet my idol of the moment, Keisuke Kuwata. He is 59 this year, desu. 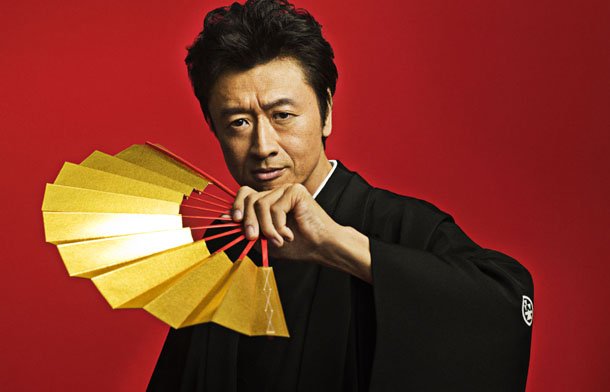 Whenever I watch a music show, I come out of it with a new discovery most of the time. Not exactly a “discovery” because most of these artists have been around and I have most likely seen them but it’s only that moment I paid attention for one reason or the other.

And this time, for KOHAKU 2014, it’s Southern All Stars, where Kuwata-san is the lead vocalist. He is quite a controversial figure in Japan because one of the band’s songs is deemed critical of the current administration of Shinzo Abe. In fact, their performance at KOHAKU got mixed reviews. The song, Peace and Hi-Lite, is seen as a criticism of the Abe administration’s defence policy (though it was released in 2013 before PM Abe started his campaign for constitutional reform).

Perhaps it’s the political journalist in me that gets tickled when it comes to artists I admire and any connection with politics (like Arashi joining hands with PM Abe at the Tokyo International Film Festival or Jung Yonghwa shaking hands with Park Geunhye). How much more when they use their music for their advocacy, in Kuwata-san’s case, peace activism.

It’s a rather thorny subject so I’d rather not go there but to illustrate how SAS incorporates political activism in their music, this is a screen capture from one of their concerts when they sang Peace and Hi-Lite (the video had Xi Jinping, Abe, Obama and Park in dancing caricatures). 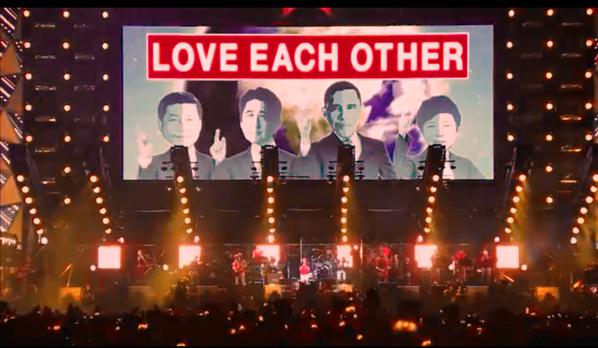 Watch the performance below:

For drama fans, Kuwata-san may be familiar because he sang Ashita Hareru Kana, one of the songs from PROPOSAL DAISAKUSEN. (This drama certainly has a very nice OST, including Mongol 800’s Chiisana Koi no Uta.)

Some random facts about one of Japan’s rock legends:

Since his illness, Kuwata-san has become more civic-minded. SAS’ performance at KOHAKU (live from their Yokohama concert) was the first in 31 years (I have no idea why they did not perform at the year-end show for three decades. Maybe not invited for their provocative music from before? Provocative in the sense they were “sexually suggestive” and one can just imagine how that sat with the conservatives 30 years ago, and with NHK at that.)

Their KOHAKU 2014 performance below (with what many said was his Hitler mustache) with Peace & Hi-Lite and 東京VICTORY:

It’s really amusing to see a nearly-60-year-old man rocking it out onstage (one has to see that performance of him wearing Bermuda shorts) but he really looks like he is enjoying himself. Musicians will always be musicians, age, politics and cancer aside.

I’m adding SAS (together with Mongol 800) to my live concert bucket list.

Oh and I really love their 東京VICTORY.

4 thoughts on “[blog] I fangirl an ojisan”