Do you ever wonder how the people around stars treat them? The few times I’ve seen behind-the-scenes with celebrities, it  struck me that the staff tend to be overprotective of their wards like they were royalty or rare diamonds that need to be guarded 24/7. I’m sure they are considering the amount of money they bring in to their companies and that these very people doing the overprotection depend on them for their livelihood, so naturally they have to ensure that they do their job well.

But sometimes too I think they are not just overprotective, they also tend to second-guess their wards. There is a long list of don’ts that tend to be violated by the stars themselves when you ask them directly. Though it makes me think that perhaps it’s a way to save the public image and that the rules exist and it’s the staff’s responsibility to make sure they are followed. If they aren’t and the layer of security to the stars are breached, then they’d be in trouble. I mean, who knows, stars oblige and smile in public but the moment they are in private, the staff would surely get it. And that must be why a lot of these staff behave like the Secret Service.

Take for example the case of Lee Jongsuk and the gift that was ignored. What was the staff doing letting it reach that point in the first place? If the star didn’t want to take the gift, the manager could have done it sooner than later and not when the damage has been done. Isn’t that what they’re supposed to do in the first place? Instead of merely troubleshooting after the fact, make sure that trouble does not happen at all?

I’m sure there’s a manual somewhere or word-of-mouth being passed around among people who deal with stars on a regular basis. And there must be basic rules to observe to avoid having to deal with diva-esque tantrums or difficult stars. All of us have our bad hair days, yes, even stars who have their own hairdressers to ensure that not a single strand is out of place.

Below is just for fun though, taken from interviews with Arashi and CNBlue. Nothing serious on how to handle Japan’s top idols and South Korea’s top rock band. Of course I’m biased.

Arashi’s green room, as they call it, must be an interesting place.  It’s where you can see the dorks before they go public. The place where Jun must lay out his exercise mat or Sho sits on the couch to read the papers or Nino in one corner playing his games. Then there’s Riida probably sleeping and Aiba being excitable as always.

So how do you handle them?

Ohno Satoshi: Give him his “me-time” 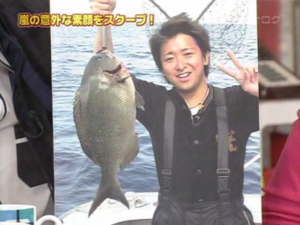 Sakurai Sho: Do not overfeed him 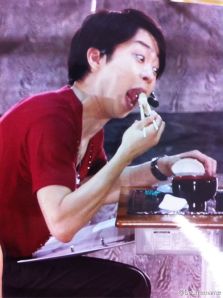 Aiba Masaki: Let him play outdoor sports like baseball and feed him more than three meals a day 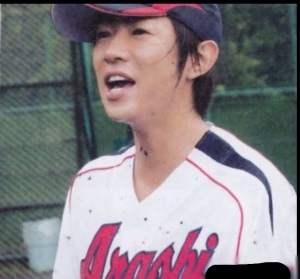 Ninomiya Kazunari: Give him time to play his games 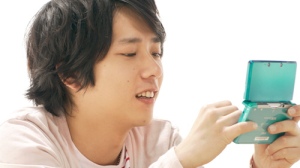 Matsumoto Jun: Give him space and get to know him before judging 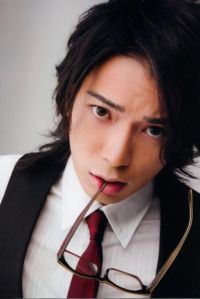 I wonder what happens behind-the-scenes with CNBlue. Does Yonghwa spend most of his time on his phone or Jonghyun in front of the mirror? Or they take selcas to upload on SNS? The information below, based on a TV interview, may help not only with staff but fans. But they were made in a rather cheeky way not meant to be takne literally. I don’t think Jonghyun will smash anyone with his precious guitar in case someone dares to approach him anyway. 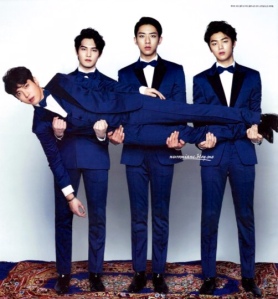 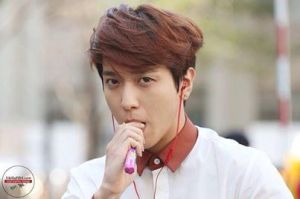 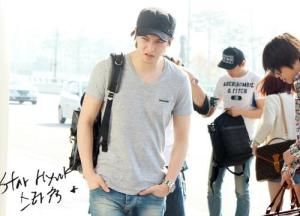 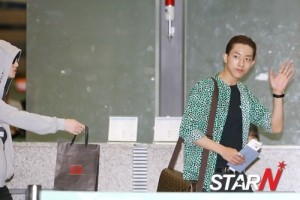 I think Sho and Yong should meet each other. They can exchange notes on food. And maybe Jun and Jungshin could have an enlightening talk on how to be more approachable, maybe with Aiba giving them tips. Minhyuk, ask Riida to teach you a dance step or two and Jonghyun, Nino can teach you how to be unapproachable. Maybe a game console in hand would do the trick.

Wouldn’t it be nice if these two groups meet? A fangirl can dream.

2 thoughts on “how to handle Arashi & CNBlue”