One of two ardent wishes of many fans of MAN FROM THE STARS has been granted: a one-episode extension. The other wish is of course to have a happy ending for Do Min-joon and Cheon Song-yi. By next week, it shall be known.

I love this drama so much that I am stumped in writing something about it beyond the topical posts I have done so far. I just have no words for how solid the drama remains and we’re on episode 19 already. With two more episodes left to the finish line, the audience may be more lenient as everyone anticipates how it’s all going to end. But writer-nim has not failed her audience so far.

Why is this drama a runaway favorite? Let me count the ways:

I’m glad that Kim Soo-hyun had a hand in convincing Jun Ji-hyun to accept the role after having worked together in THE THIEVES. It was reported that she was considering doing a movie–maybe that one that will reunite her with Lee Jung-jae under THE THIEVES director.

No other actress could play the role of Cheon Song-yi and when you watch her onscreen, you have this feeling that she is actually having fun with the role. JJH is not actually running the show all her own especially now that the dramatic scenes are here. This is my first KSH drama and boy, can he cry. But he looks better when he smiles. It’s just difficult to imagine other actors playing the leads so I’m glad that both of them took on the roles. 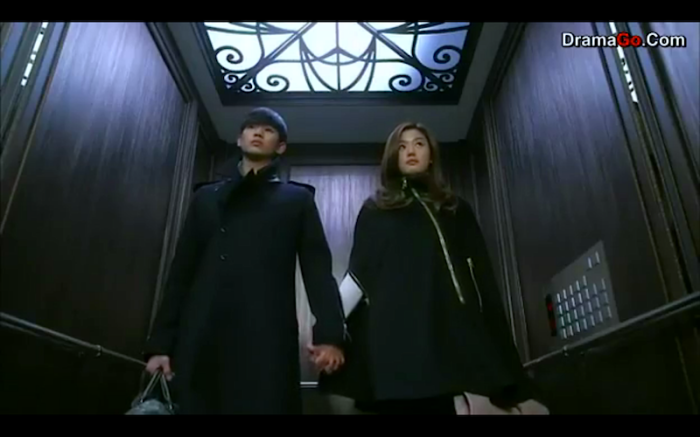 I have no quibble with the support cast either, even one-dimensional evil brother Jae-kyung, played by Shin Sung-rok as if he were in some Batman movie. But it’s Park Hae-jin as Whi-kyung, the naive and lovable younger brother, who is a runaway winner. And what’s even better, Whi-kyung is not just the typical second-lead “reserved tire” character. His story arc has become more meaty as the story progressed.

Then there is Ahn Jae-hyeon whose own star has risen with this drama. It’s hard not to notice him especially when he’s playing Song-yi’s brother. And that “ET” scene with Do Min-joon just brought the house down and perhaps will be one of the most memorable moments in the show.

The story, being a fantasy romance, requires that you leave your disbelief at the doorstep or at least believe that aliens exist. But even if the story was feasible in real life, if the storytelling itself sucks, then no audience would keep watching.

But like I said, episode 19 already and the storytelling is still as solid as ever. The story arc remains largely logical even if this is fantasy and that’s precisely what makes it engaging. You don’t sit watching the drama scoffing like — c’mon, that doesn’t make sense. There’s also consistency. Unlike in other dramas when you feel the writer throws in something at random, the little details in MFTS have a bearing on the bigger picture. But the thing is, you don’t see the connections immediately and when, in later episodes it comes to light, it’s like a light bulb is switched on somewhere in your head. I imagine writer-nim probably having all these post-its on the wall of her room to track down the timeline of the story and make sure that everything is connected.

I love how the show occasionally pokes fun at its own genre and makes pop culture references, particularly to MY SASSY GIRL. I love the crossovers they do with MSG with that letter Cheon Song-yi read while the movie theme “I Believe” played in the background and her shouting from the top of a mountain. Those scenes also did not look out-of-place, you know like writer-nim thought it would be nice to parody MSG, because they fit perfectly with the story flow.

The humor is a perfect balance to the melodrama. I’m glad that they don’t dwell on the latter for long and even in the middle of a dramatic scene, they’d spring a funny surprise that would have you laughing with tears in your eyes. Example: Cheon Song-yi is telling Do Min-joon how much she loves him, the atmosphere is all dramatic (complete with emotional piano music in the background) and she feels rather bad why he won’t say “I love you too” back to her; then the next scene, she’s cursing while dragging his limp body along.

It’s amazing that each episode does not feel like an hour at all and that’s because the humor helps move the story along and keeps it from being draggy.

Evil Brother aside, I love the characters in this drama.

Cheon Song-yi is just so lovable (that scene where she’s pointing randomly in her apartment thinking she’s in a reality show with hidden cameras was just so hilarious) even if she started out as a nasty super diva. The growth of her character makes her sympathetic and you just want to cheer her on to rise from her downfall. I love how the character is no-nonsense and takes whatever is dished out to her even when it’s a bitter pill to swallow. She’s one heroine who doesn’t make you want to tear her hair, and instead makes you want to laugh and cry with her.

The strait-laced, old-fashioned, Jeoson-quoting Do Min-joon may have gone either way: a boring character with no charisma at all or hilarious-bordering-on-the-sitcom what with the role itself presenting a lot of potential humor. But thanks to writer-nim and Kim Soohyun, Do Manager is both relatable and charming, even if we can only imagine what it’s like to be an alien living on Earth for 400 years. Whi-kyung, Lawyer Jang, Yoon-jae — they’re also my favorites but no one tops Bok-ja (Hong Jin-kyung), the longtime “reluctant” friend of Cheon Song-yi who is fiercely loyal as she is acidically blunt. Or the two assistants of Cheon Song-yi. Heck, even Evil Brother Jae-kyung himself. Or the serious prosecutor and his bumbling partner. Okay, fine, even Yoo Semi (Yoo I-n-na) because while she is the resident girl-to-hate, no one can blame her for her resentments; besides, she’s not a one-dimensional anti-heroine either.

Now for the wish…

There’s only one wish for any drama fan: to have a satisfying ending.

Wait: Make that, for all drama fans except me. Because I’m traditional and naive. I want my happy ending. And by happy ending, I want hero and heroine to live happily ever after just like they do in fairy tales. That’s how I define a happy ending, regardless on which planet they live in.

But I can compromise. Maybe.

I really don’t know how this drama will end and will not even attempt to speculate or conjure my own preferred scenarios. Writer-nim, surprise us all. But don’t disappoint us too. Tall order, ei? (I can just imagine the pressure the cast and production crew of this drama are all under, with high ratings, soaring popularity in Korea and overseas and high expectations so… hwaiting!)

Here are two quotes from MFTS fans on dramabeans:

“Anyway, we’ve all come this far. Let’s hold hands and hope for a happy ending.”