(With apology to Shakespeare and John Green.)

Since I got into CNBlue, I’ve been amused and amazed at the huge difference between my two major fandoms.

While comparisons between Arashi and CNBlue cannot be inevitable (at least in my case since I fangirl both of them), they are by no means trying to put one down at the expense of the other. I just can’t help noting the differences.

Since I now follow CNBlue-related accounts on Twitter and Facebook, I am updated with their news and I was honestly shocked to find out the other day that there was live streaming of their concert in L.A.! Imagine if someone did that to Arashi, Uncle Johnny will go ballistic. That is, if any fan would actually be able to enter the venue and be allowed to set up a “mini studio” without those scary staff hitting you with a stick or bodily throwing you out of the place. 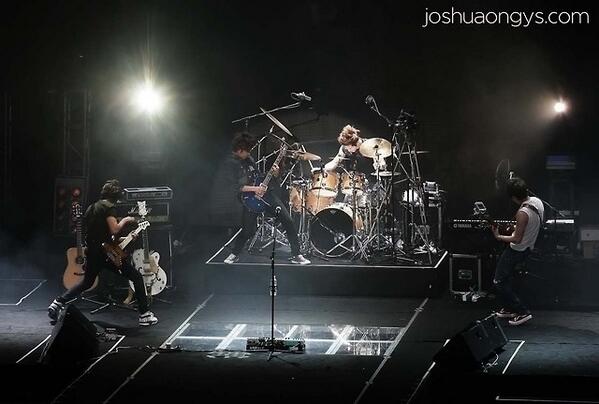 (Credit on the pic)

Whenever Arashi has a concert, I rely on fans who translate Japanese tweets and do some sort of a live tweeting. But fat chance there will be photos and if there are paparazzi photos, they will appear the day after in legitimate media. Not on social media within the hour uploaded by fans who were lucky to have been there, like in CNBlue’s case. I mean, quality is one thing (I can’t blame the blurry photos when you’re so excited to even be standing in front of your idol) but to actually be able to do it and have Jung Yonghwa pose for your camera? Crazy!!! 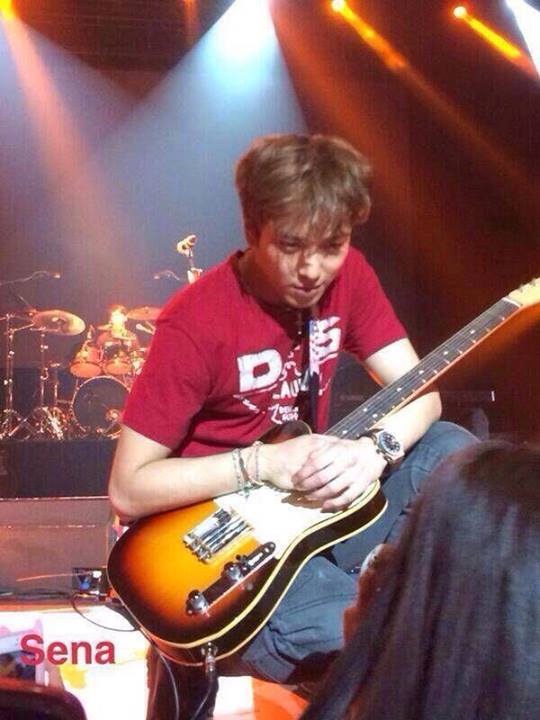 The same goes for videos. The media are invited to Arashi’s concerts so TV networks are expected to show them. But raw videos? Again, Uncle Johnny will have a coronary if an unedited video of Arashi gets uploaded (he doesn’t have to know of that fan video of Matsujun slipping during a concert though it did give pointers on “how-to-roll-with-a-fall-the-idol-way-and-still-look-kakkoi”).

The release of the DVD follows concerts logically, but Arashi fans would be the first to disagree with that considering that there has yet to be official news about an ARAFES ’13 DVD, aside from a mention by Matsujun on J-web. And J being the production bochan of Arashi, it might as well be considered a confirmation.

CNBlue, meanwhile, appears to have regular releases of their concert tours. And what’s more, they are also readily searchable and downloadable from YouTube. How convenient, right? But it also makes me question the business model and the revenue losses they incur from that. This illustrates why Japan is the No. 1 music market in the world because of their strict copyright laws. And really, I don’t mind paying top money for DVDs because as a fan, that’s one way to support them.

The only time we know Arashi is coming up with an album is if a member talks about it on J-web or Nino, Aiba or Riida mentions it on their radio shows. Then comes the official announcement immediately followed by online pre-order.

Meantime, CNBlue updates their Twitter (of course they are on social media, Uncle Johnny, but that’s for later) with a photo of the sound mixer at the recording studio and is that Yonghwa’s hand (he was the one who updated this)? 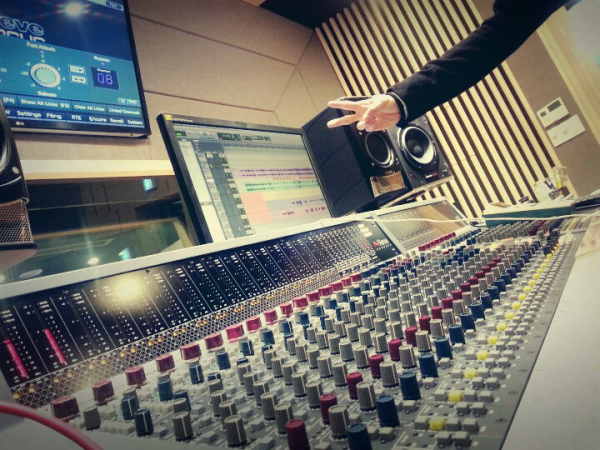 Dates for their “comeback” are also spread. Now, speaking of comeback, it’s one Korean concept that I could not, or rather, refuse to grasp until now. I mean, you are only entitled to a comeback if you have previously left. But for those groups who have just shifted their activities to other areas, like live concerts, instead of albums, there’s no need for a comeback, is there? Oh enough of entertainment-related etymology.

I didn’t know there was a strict no-photo rule for Arashi until I violated it… in Korea. But that explains why out of the blue one reads information of them being somewhere but no photographic evidence considering we are in the gadget era and Japan is definitely not backward when it comes to technology. “It seems Arashi is in Okinawa.” The “seems” makes it even less certain. Who knows if it’s them or their doubles, right? Information of their whereabouts are merely that, no photo to accompany and erase the doubts… until paparazzi or official photos confirm, maybe days or weeks, later.

Now, CNBlue arrive in New York and are surrounded by hands with cameras, I mean, fans with cameras. Having been used to the strict JE rules, I still squirm whenever I see CNBlue photos like this. They’re people, not animals set free from the zoo, c’mon, give them even just a one-meter radius.

This reminds me of a friend’s story when Arashi had a concert in Shanghai. When Nino saw some fans at the airport, he asked in a rather sarcastic way, “what are you doing here?” And also that story of Arashi, in their early days of fame, when they took the shinkansen back to Tokyo after a concert and the train was full of fans trying to jostle and take a photo of them. Accounts said Nino and Jun were glaring (and if these two glare the world will melt, seriously, into one hot lava) showing their displeasure and embarrassment at how the other passengers were inconvenienced because of them. J also later gave a scolding on his J-web. This kind of behavior also reflects Japanese culture and how appropriate behavior in public places is so important for them. An example would be those signs in the subway reminding people to speak softly on their phones. But I digress.

Last week, I tweeted if I’m also expected to give Yonghwa a gift after seeing him struggling with dozens of shopping bags. For sure, he did not go shopping soon after he arrived at JFK. Those were gifts from fans. 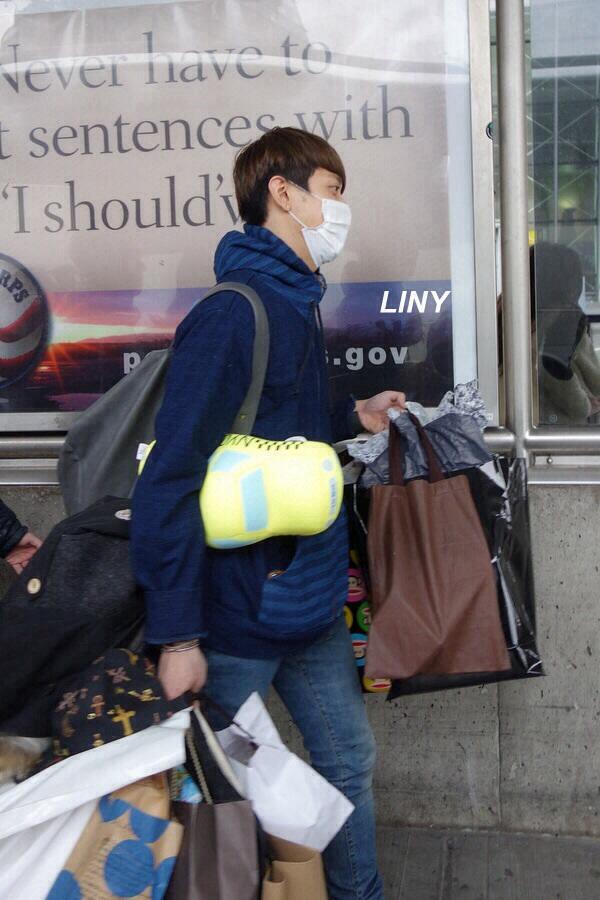 (Credit on the pic)

This is where JE rules fit me perfectly. I don’t see any point in giving someone, who can afford anything and everything, a gift that most probably will just end up being given to the staff (or in Kim Woo-bin’s case of the limited edition Balmain shirt, to his girlfriend boohoo) or worn once to show appreciation (and let fans note that the items were worn) and then discarded later. These guys are pampered with gifts from sponsors already so I really feel strongly about this. Fans should just save their money and spend it on CDs, DVDs, concerts or merchandise. That’s enough of appreciation to let their idols know they are loved.

Ah. We are in the 21st century already. But Uncle Johnny has archaic rules and perhaps that’s the secret to his continued dominance in the world of male idols in Japan.

While it’s impossible for Arashi to be on Weibo (though some Japanese stars including Oguri Shun are), I don’t think the boys themselves are “social media un-savvy” (as opposed to being media savvy) not to have their private accounts. Jun is on LINE as he let slip on Shiyagare and that is already a form of social media, though not as ubiquitous as Twitter or Facebook. But an official social media account? That would be asking for the moon, the stars and the whole milky way where JE is concerned.

On one hand, it works because they are somehow still insulated from direct feedback, whether good or bad. Seeing how some people actually think that there are no barriers nor manners to mind in the social media space, that’s a good thing. And in the entertainment business, over-exposure and too much information sharing (as in the case of stars on Weibo and Tencent) have a downside. I still prefer my stars to offer some mystery, like how we will never fully understand the entire universe. Somehow, that makes them more appealing, their luster shining even more brightly like a rare diamond.

(No Arashi photo was used to drive home a point. Either that or I was just being lazy.)

13 thoughts on “[blog]: the irony in our stars (or the difference in fangirling Arashi & CNBlue)”