Jun’s roles may not be as iconic as those that Kimura Takuya has played–including pilot, car racer, prosecutor and even prime minister–always starting a trend of being the most attractive jobs among Japanese men. But when I look at Jun’s body of work, I see diversity in both genres and plots. There was also a conscious effort to gear toward underdog roles in post-Domyoji era, which I think took a long time to work because some people just can’t move on from HANA YORI DANGO. But Jun’s efforts are slowly paying off now.

Jun’s career choices are actually interesting, and sometimes catch his public blind-sided. I never saw BAMBINO nor SMILE coming. Or him picking up the small NHK drama HAJIMARI NO UTA. Among Arashi, he has the least number of commercials (though that doesn’t make him any poorer) and I don’t know whether that is because he is picky with what he endorses or limited offers (that I doubt) or he’s too busy with his behind-the-scene work for Arashi. Whatever it is, I am glad though that he is not spreading himself too thinly and is not all over TV to a point of nausea.

But starting tomorrow, Jun is back on the small screen through Fuji TV’s getsu-9 drama, SHITSUREN CHOCOLATIER. This is his third getsu drama and while I had initial reservations over the manga this drama was based on, I am still curious to see how Jun, the cast and the production staff would translate this to TV (considering the fact that the manga is ongoing). The teasers that have been released so far have offered enough mystery, interest and attraction.

My favorite photo so far from the drama’s magazine shoots (and this one does not even feature yet chocolates):

I love the color grading and the soundtrack. I’m also looking forward to see Arashi perform “Bittwersweet” on Hey3x tomorrow, though I’m still disappointed that Sho’s “Sugar & Salt” was snubbed despite his offer lol.

The cast is very interesting too, if not, kind of off-kilter except maybe for Kiko (who surprised me with how refreshing and carefree and pretty she was on last week’s VS ARASHI). I’m curious on how Satomi will attack her role as the senpai/object of affection and Sato Ryuta in a “boy love” angle with Jun’s role. Ryuta is not exactly small-time in the industry and for him to accept the role plus the fact that he’s been in many Jun dramas as support, I can only think that he finds the roles a challenge or he likes working with Jun or I’m just delusional or he just needs the money.

Everyone’s curious to see Asami too in an Arashi drama considering previous rumors with Aiba. Then there’s Mizobata Junpei who looks kind of hefty here. I still have to wrap my mind around how Takenaka Naoto is playing the father of Jun’s character and I wonder if he will pull his usual comedic card on the role.

Most of all, I am curious on how Jun will portray his role as a delusional and heartbroken chocolatier. I’m sure many can relate with the delusional part.

And please Jun-pon, who can say no to chocolates? It’s not like chocolate in itself is already not irresistible, do you have to make it even more tempting? 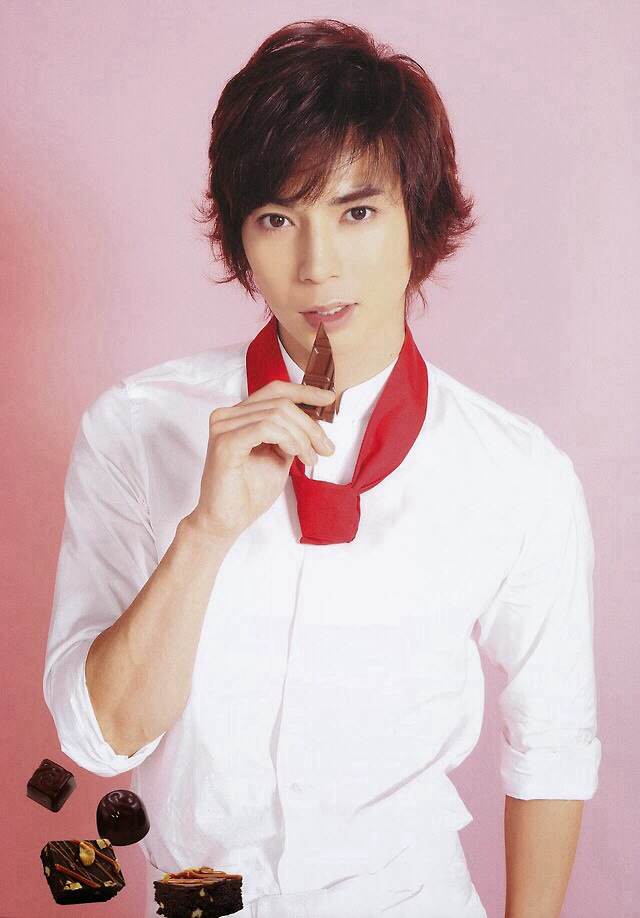 I say it again, Meiji is the biggest winner in this project, what with Jun as their main endorser. 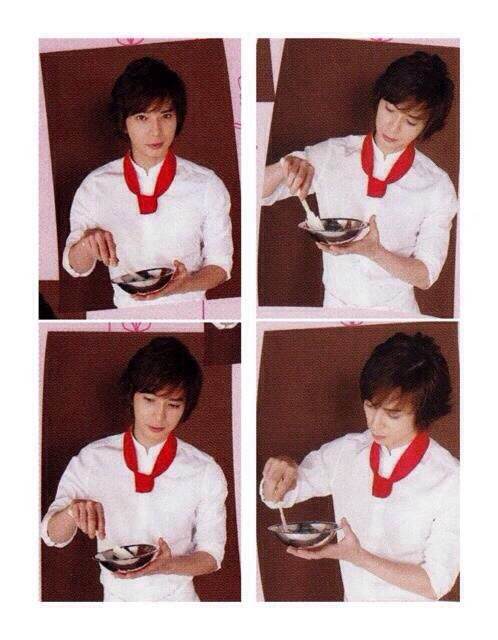 I swear, I’ll be gaining chocolate pounds once this drama is over.

*Credit goes to Aiba for “Choco-jun”.