MAN FROM THE STARS is just getting better and better, never mind if it’s been embroiled in a plagiarism scandal. And the ending in episode 6 was something totally unexpected and yet a very nice surprise for a MY SASSY GIRL fan like me.

I’ll always be in love with MY SASSY GIRL. I still use “yupkigirl” as an online identity until now because that film really resonated with me, with its story of love, pain and fate. And in fact, after watching MAN FROM THE STAR’s episode 6, I just had to rewatch the movie. I cry every time.

The crossover between the two Jun Ji-hyun projects happens in the “postscript” of episode 6. It rips off that part in MY SASSY GIRL where the guy enumerates the things that she likes. This time, it’s Cheon Song-yi’s ex-manager who writes a letter to whoever will be his successor (with “I Believe” playing in the background plus a scene with manager-nim carrying a drunk Song-yi on his back, which is reminiscent of the movie). 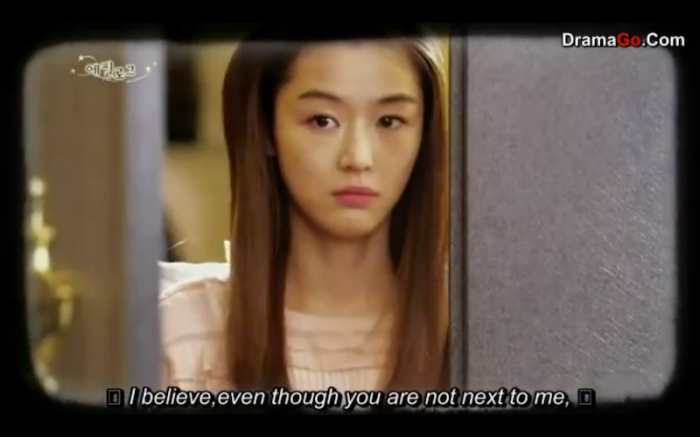 MAN FROM THE STARS version:

– You can’t let my noona drink more than three glasses of alcohol, ever. She becomes a dog, she’ll even bite you.

– Make sure she doesn’t do SNS. She’s the type of person who ruins her image when she opens her mouth. 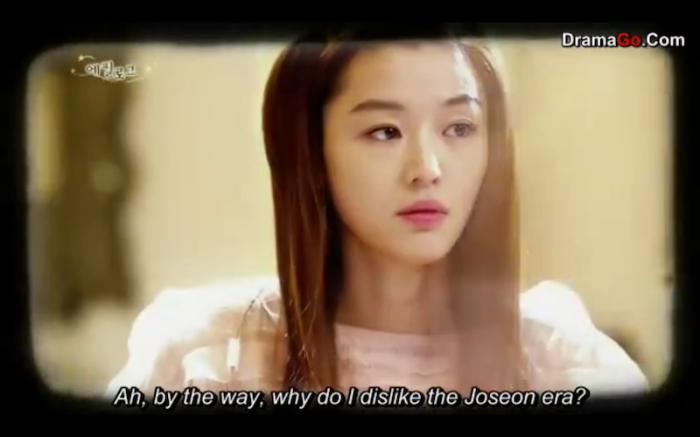 – Don’t ask her to act feminine.

– At a cafe, drink coffee instead of cola or juice.

– On your 100th day together, give her a rose during her class. She’ll like it a lot.

– Make sure you learn fencing and squash.

– Be prepared to go to prison sometimes.

– If she says she’ll kill you, don’t take it lightly. You’ll feel better.

– If her feet hurt, exchange shoes with her.

– She likes to write. Encourage her.

The scene from the film:

While I’m not about to ship Jun Ji-hyun and Kim Soo-hyun (they’re being called the “Hyun couple”, which reminds me of the “O2 couple” from THAT WINTER THE WIND BLOWS), they really have great chemistry onscreen. If only MAN FROM THE STARS is daily. It’s just the sixth episode and this is supposed to be 20 episodes and so far, it’s been going in the right direction. I’m curious how the two star-crossed lovers will end and if the universe will conspire to have their stars aligned. I want my happy ending after all but there’s still a long way to go.