What makes a good drama?

These factors contribute of course to making not only a good, but successful, drama. But at the end of the day, it all boils down to preferences. What may be interesting to one is boring to another.

I like my dramas fluffy. Though I don’t mind angst because they can make for riveting watching. But too much angst is bad for one’s health, in the same way that too much fluffiness ain’t good too.

I noticed though that most, if not all, of my favorite dramas are the breezy type to name a few: OFFICE GIRLS (Taiwan); MY PRINCESS (Korea); MASTER’S SUN (Korea). (Favorite dramas: those that I can watch several times over without feeling nauseated.)

And now, here comes a new addition to the list of favorites: HEARTSTRINGS (Korea, 2011). 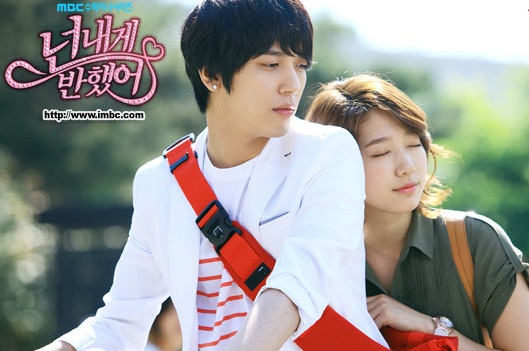 Reasons why this drama pulled all the right strings:

…okay, you get the idea.

This drama aired in 2011 so I’m actually late to the party but it’s still nice to see some of the drama scenes:

Korea really has mastered the drama industry. It’s a whole package: the drama, the actors and the music. Not surprising since it’s one of their most successful exports. And it’s something that I wish Japan could be good at too because truth be told, Japanese dramas have more variety in plots and they are also more experimental.

There’s really nothing new in HEARTSTRINGS yet it doesn’t make it less interesting. I have a feeling it’s similar to GLEE and those other music-oriented series but I can’t say for sure since, well, I’ve never watched those. Take out the music, it’s something that’s been told in drama land before too: boy and girl don’t like each other at the start but we know that it’s just a matter of time that they’ll start falling for each other. Oh, and the theme song for this drama is actually YOU’VE FALLEN FOR ME.

Aside from the cast and the music, I like how they never let the angst pull the drama down. That’s a common disease among dramas, stretching the melo and sometimes, I can’t really understand why. To milk more tears from the audience? Seriously, I see no point in watching something that makes me utterly sad because I watch dramas for entertainment. Real life is full of drama as it is already and I hate it when dramas become manipulative. Thankfully, there’s none of that in HEARTSTRINGS.

And here’s Yonghwa playing the guitar, just because. 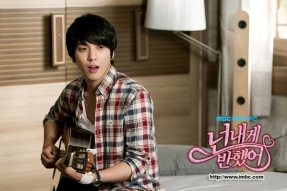 If there’s something I hope from watching HEARTSTRINGS (aside from Yonghwa and Shinye to star together again), it’s to see one of the Arashi members take on a similar role that would entail them playing the guitar. Nino, maybe? Because watching Yong play the guitar just adds to the appeal of this drama.

So yeah, I’m now actually on the next step of my Yonghwa education: downloading the drama OST and next, CNBlue songs. But that will be for another post.

2 thoughts on “drama: tugging all the right HEARTSTRINGS”