It’s Christmas month and the Santa that gave us Arashi is the same Grinch who is stealing fans’ joy: Johnny Kitagawa. 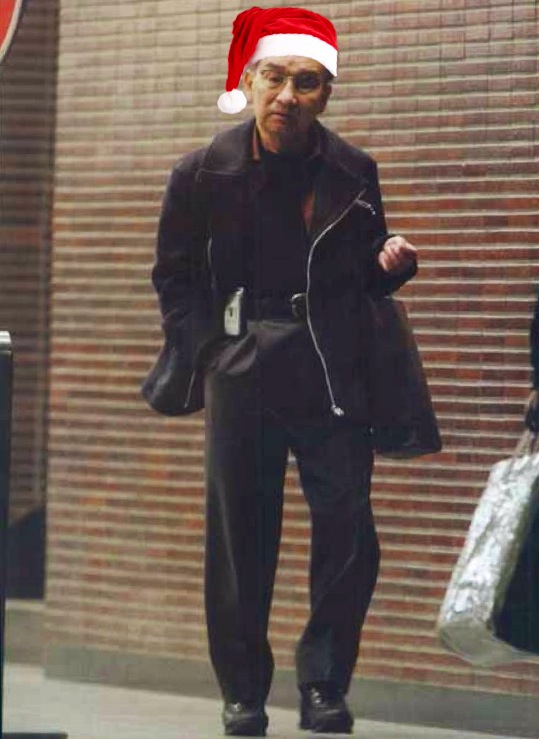 On November 28, Johnny’s Entertainment unveiled its Christmas exhibition at the fan club office in Shibuya, featuring the holiday messages from its talents. Arashi fans took photos and posted them on social media. To make the story short, the photos went viral. I mean, when you have Nino and Jun posing like that (I’m sure fans who saw the photos know what I mean), they would spread like wildfire especially in this digital era.

JE prohibits taking of photos in the FC. As a reaction to what happened, the agency closed down the exhibition and again, photos of the staff putting a white cloth over the Arashi portion went viral.

If there were doubts before on how heavy-handed JE, or Johnny Kitagawa is, this surely erases whatever that remained.

The Grand Old Man of Japan’s Male Pop Idol World has a lot of rules for his talents, including not allegedly allowing them to date until they are way beyond legal age (some put it at 25, others at 30) or banning them from marriage. I kind of understand these rules, even if they violate a person’s basic right, because of the finicky fan factor. They have to sell a fantasy to fans that the idols are available and once that fantasy becomes harsh reality, the idol’s marketability–dramas, films, commercials–decline. It’s harsh but it’s true and not everyone is Kimura Takuya, and do you even hear him talk about his family?

Then there are rules for the fans: No taking of photos, no asking for autographs, no giving of gifts. The photo thing, at least in Japan. The gift-thing, I totally support that. These celebrities have everything they need that there’s no point in giving them gifts because they don’t need them. They get gifts from advertisers and companies all the time. Of course there are fans who know this so they give expensive gifts like cars and diamond-encrusted pens–pooling money together to buy these things they can’t even afford for themselves. For the rest of the fans, they give stuffed toys, food, clothes, not knowing that most of the time, all these get mowed down to the side after fan meetings. I mean, what difference will your teddy bear make in their lives, seriously? So if there’s one JE rule that I like, it’s this.

There are also rules even for production companies that JE works with. These companies–from films to TV networks–are not allowed to use the stills or footage of JE talents even if they are officially working in their films,  dramas or shows. (Remember the drawn Matsumoto Jun in HANA YORI DANGO?) This is the most absurd rule in my opinion. And this doesn’t only show how heavy-handed Johnny is, but also how archaic his rules are that they’re bordering on the stupid.

But nothing could be more stupid and selfish than closing down a Christmas exhibit just because fans violated the no-photo-taking rule and posted said photos on social media. It’s the Christmas exhibit for crying out loud! Isn’t this the season for giving and sharing? What else does Johnny wants? Fans willingly part with their money when it’s merchandise, DVDs and CDs season. Why does he have to be selfish over a trivial matter? To make a point? He’s already an octagenarian and he’s still this petty?

There are other more serious issues that JE should be paying attention to. Like the uploads of albums and shows on the Internet. Or scammers selling concert tickets a hundred times more than the original price on auction websites. These are issues that directly affect the business and issues that they need to find solutions to in keeping with the times. Certainly, they shouldn’t be giving bad press over a Christmas exhibition that was free for fan club members in the first place.

Fans love and respect Arashi, who have always been obedient, good employees of Johnny even during the time they were the agency’s least priority. They took any work that was given them and gave their best. But JE should not think that such love and respect extend to them, especially if they only care about monetary returns and not the goodwill that they can build over time. At the end of the day, I don’t care what JE or the old man thinks. I just hope that Arashi ain’t disappointed in their fans because they didn’t mean any harm.

“Give me that! Don’t you know you’re not suppose to take things that don’t belong to you? What’s the matter with you, you some kind of wild animal? Huh?” – Grinch

One thought on “Johnny Kitagawa, the Grinch who is stealing Christmas”