It’s been nine months since my last post on Roy Qiu why you no longer hot. I have become the kind of seasonal fan that I have always made fun of. Karma is a b*tch and it’s digital, the proof of eating my own words all on the worldwideweb.

Such is the fangirl life. There are just momentary phases and there are those that last. I blame OFFICE GIRLS for the beginning and MISS ROSE for the end. Not that it’s the drama’s fault because if I’m a true fan, I would have stuck through the good and the bad, drama, gossip and all dui bu dui. Maybe I’m not. But what’s a true fan anyway? Anyone who takes hook, line and sinker everything about her idol and just go kyaaa at anything? But that’s for a separate post.

Meantime, Roy has apparently walked around China looking like this. 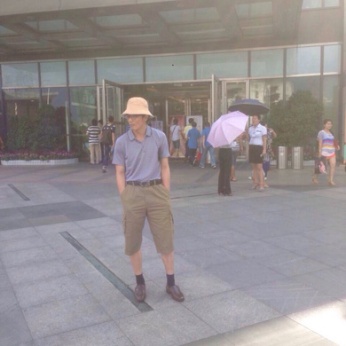 No, that’s not the reason why I don’t find him hot anymore. I just don’t find his post-OFFICE GIRLS works interesting and he himself said that he has found his roles to be repetitive.

He’s a little tired of playing the “tall-rich-handsome” roles, since it got to a point where not only were the characters’ backgrounds completely the same, he was also doing the same scenes — for example, fake marriages, running away from weddings, landing in the hospital, getting injured, dating the boss’s daughter. In the end, he thought of these roles as “acting practice,” since there was no feeling of novelty. – F Yeah! Roy Chiu

By the way, that high-waisted look above was not for a character but Roy’s “disguise” when he wanted to go out in between filming. Would anyone have recognized him? Apparently not or that would have been all over Weibo.

Meantime, his new film, GOOD LUCK! BOY, looks promising. He plays a violinist (in real life, he sings and plays the guitar) who sets out to save a sugar mill. To prepare for his role, he reportedly practised two hours daily for three months.

The film was released in Taiwan on October 25. He acted in two films previously, LOVE (I can’t remember him there though) and P.S. I LUV U. His last movie role before GOOD LUCK! BOY was as the voice in ARTHUR CHRISTMAS. 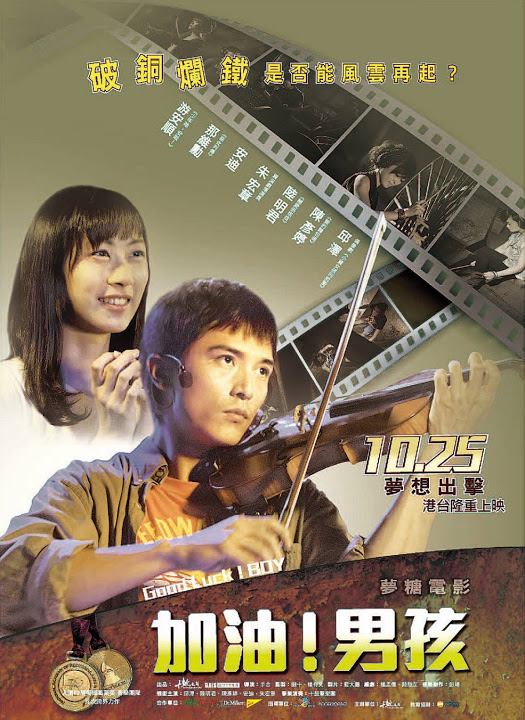 Interestingly, the film was sponsored by the Tainan government and I expect the cinematography to be interesting as the city still has remnants of the Dutch rule and there are pretty Taoist temples (been there a couple of years ago).

Plus, Roy playing the violin? Can be interesting to watch. 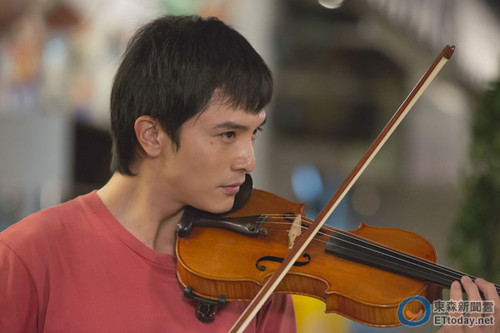