Okay, here’s the confirmed wedding news: a member of a super popular idol group has registered his marriage to his longtime girlfriend. Guess who?

Shuukan Josei… did you mean him?

This is the announcement made by Van on Facebook:

And the one he posted on Instagram saying the wedding is finally happening (given all the drama that these two have been through, like seriously). 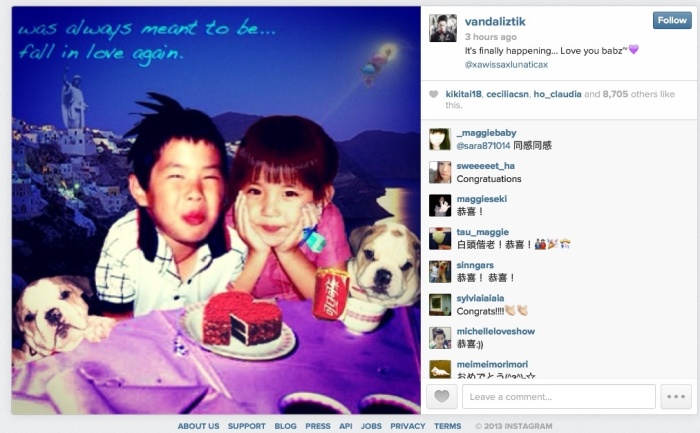 In this June interview with The Straits Times, Van, however, declined to say the exact wedding date. Based on his Facebook post, it seems that they have registered their marriage on August 9 in Singapore. From the looks of that photo, the ceremony will be in Greece?

Now, this is what I mean by step by step. News about them have been going on for years and by this time, his fans must have settled on the idea that it’s just a matter of time. No shock here. And isn’t it nice to have everyone wishing you the best, instead of being too shocked to wish anything?

Let’s kampai to the couple with some YELLOW tea!

With one F4 married, who’s next among Jerry, Ken and Zai Zai?