Last night as I was monitoring the 2012 Golden Horse Awards, I was hoping that Gui Lun-mei will win best actress for GF*BF. I rather had a selfish reason for wishing so and that is because Chen Bolin won as best actor at the Golden Bell a month or so earlier. If she wins, it will be perfect for some kind of a retro blog looking back at Blue Gate Crossing. And voila, she won! So here it goes. 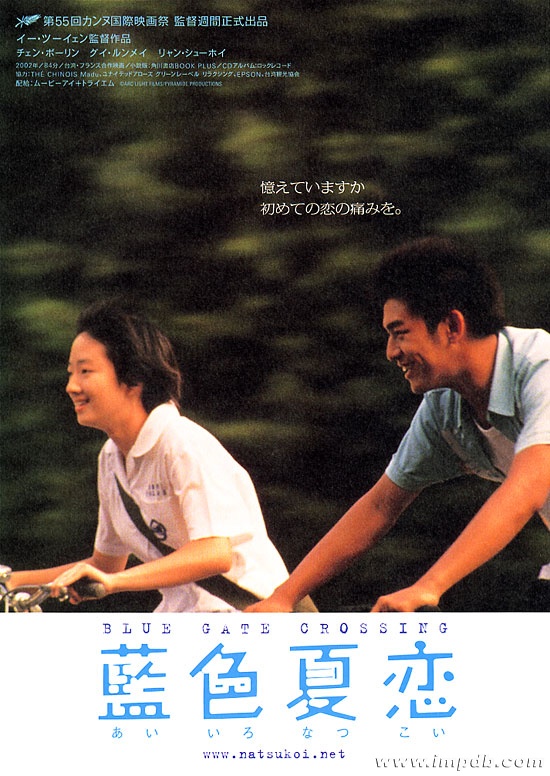 Ten years ago, this coming-of-age film was released. It had a different angle to it than the usual genre film because the female character, Meng Kerou, thinks she’s a girl who likes girls. In fact, the film is classified as LGBT although for me, it’s really a puppy love story between a boy and a girl.

It was the film debut for both Gooey and Bolin and they managed to impress critics. Even then, everyone could see that these two were going to go places in the entertainment industry. 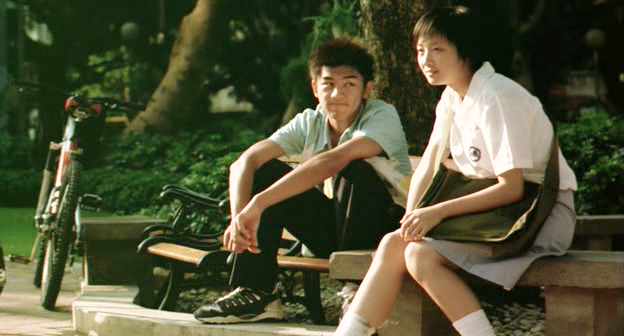 In the last scene of Blue Gate Crossing, Meng Kerou and Zhang Shihao are biking home. While she pedals behind him, she wonders:

“Zhang Shihao, what kind of grown-ups will we be?”

Fast forward to 10 years, and many films and dramas later, and all the expectations on these two were right. Last year, Bolin became the national dream boyfriend in Taiwan with his portrayal of Daren Ge in the drama In Time With You. Gooey on the other hand has been more busy doing films, among them Starry Starry Night, Love in Space, Taipei Exchanges, The Flying Swords of Dragon Gate, The Stool Pigeon and Secret.

While she has grown into an elegant lady (who knew she’d grow tall from the slightly pudgy version of her in Blue Gate Crossing), he still remains boyish and goofy.

When Bolin won best actor at the Golden Bell, Gooey was among the first to congratulate him on Weibo. And in reference to his drama In Time With You, Bolin has referred to Gooey as his You Qing, the kind of friends that will not cross that invisible line (perhaps Leon Dai has more to do with it than anything else?).

Here are the two recent photos of them from their Weibo accounts: 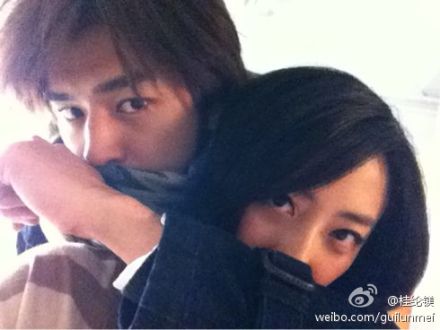 Gooey and Bolin when they won: 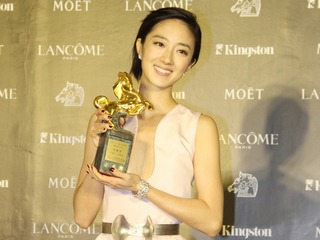 I took out my Blue Gate Crossing DVD again in honor of their wins and as the credits rolled, I hoped Peggy Chiao would produce a sequel and look at how Meng Kerou and Zhang Shihao are now. Did he get to enter university as a sports scholar? Did he become her boyfriend after she realized that she likes boys after all? Are they still together now? What happened to them? Yes, a sequel would be nice indeed.

P.S. Credit for the nickname “Gooey” goes to @ilovehkfilm and @TheGoldenRock on Twitter.

2 thoughts on “from Blue Gate Crossing to Golden Gate”