If you know me, you’d know that the pun in my title is intended.

A friend tweeted this link earlier about “secrets” of Korean idols. I’m not a K-pop fan so when I read it, my mind was swimming in murky waters with all these names that were either hard to pronounce or I can’t associate with any face.

Of course the content of that blog post is not verified and needs to be taken with a grain of salt, especially with regards to the “scandals” and “secrets” (now no longer?). But the prevailing theme is… what you see is what you don’t get.

In short… showbusiness is literally all a show. 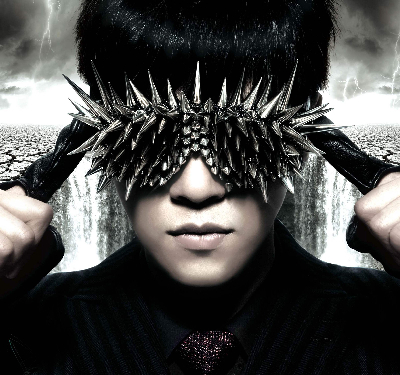 And so we go to the point of this post.

Towards the end of that tumblr post, there are a few insights made by the stylist who was the source of the information contained there. I found them interesting not because they came from an insider who works with these stars up close and witnesses them behind-the-scenes, but because her insights not only apply to the Korean entertainment industry but to showbusiness in general.

Here are some highlights:

Most idols are not good friends

Yeah, like isn’t it obvious? Even in the real world, people who are more or less rivals can’t be entirely friends. Civil yes, professional even. But true, real, through thick and thin friends? How much more in the reel world when they are pitted against each other and their survival depends on the failure of the other? Cruel world indeed.

Drugs and idols go together (?)

What makes this information interesting and tragic is, the drugs are not even for pleasure but for necessity. That does not make it right, but the stylist claimed that it’s to keep these stars awake, given that they only get a few hours sleep. “It is so sad for me to do their make up while they’re sleeping in [sic] the chair. They don’t even eat regularly and sleeping for more than 2 hours is such a fortune for them.” Makes you wonder how they manage to look good but ah, this is when stylists and beauticians and cosmetic enhancements come in.

I quote the blogger: “She also said for the fans to not taking [sic] any interaction that the idols made [sic] in front of camera or on stage seriously. those idols are aware that they are being watched so all of their interaction won’t be 100% real (even if it is ‘backstage’).”

Still quoting from the blog: “Even fans mostly shipping the pairing within the group which the company use it [sic] to make a bigger fan base or at least keep the current fan base. So many, many, many of the interaction of the ‘couples’ are actually being told to do.” In other words, all those fan service that fantards suck up? Brought to you by the management so please, go ahead and thank them.

It’s so hard to earn money and it’s even harder when you have to act even when it’s not a drama series scene, but in front of reporters and a public. Fan service they say? For real even? Oh they are so in love!!! Look at them!!! Well, fantards love that kind of thing. But it can be hell for the people involved especially if they don’t like the person they are forced to work with and pretend to be in good terms with, or worse, to be “in love” with. Think also of their families and loved ones. But well, the price you have to pay for fame, ei?

But it’s simple and easy really: it’s all just work for them.

If work for me means editing a sucky and badly written story, work for them means having to pretend and smile through it all. In the same way that I hope my English skills won’t be affected reading trash everyday, I can only hope that these stars stop pretending when they get home. Otherwise, that would be a really tragic and pathetic life. You may be famous but you are living and believing in your own lies.

It gets annoying though when you smell a hardsell and the fantards buy it hook, line and sinker. These days, we can’t even trust the tabloids (do we even have to trust them?) because they can be in cahoots with agencies to cook up scandals for the sake of fame. What to believe then? Who to believe? I don’t even know if I can believe my own writing when it comes to entertainment when I write only what is told to me. These stars, do you think they will tell the whole truth to a journalist? Has Andy Lau told the truth about his marriage to reporters who followed him around before the, uh, great reveal? This is the reason why I have lost an appetite for celebrity interviews. They can be so fake and so controlled and the journalist becomes an unwitting puppet to propagate the “truth” they want their public to know.

And last but not the least…

The stylist in the blog points out that these stars know they can be replaced by anyone, anytime. There are lots more people out there just waiting to get a foot in the business. They can’t afford to get sick. They can’t afford to be out of the public’s eye for a minute, that is why, some of these stars in Korea and Taiwan delay their military service because they know it’s career suicide. Stars are at the mercy of their fans who are mostly flaky and quick to shift attention to the next star. So what do stars do? Everything, if it takes back flips, somersaults, walking on water and eating fire, they’d do it, just to keep their fame. That also includes sucking in the orders of their management even if it means at the expense of their own happiness. Because hey, they think that being famous makes them happy.

So always remember Lenka’s song. The Show. How aptly titled.