Another modern retelling of Cinderella has just finished its run but while the Office Girls (SETTV) plot seemed familiar–rich boy, poor girl–it still defied many cliches. But of course it could not defy the one cliche of a happy ending and those who had stuck to the drama for 25 episodes–or make that six months or half a year–certainly got it. 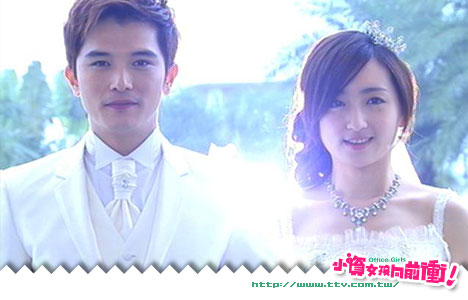 But the road to a happy ending = wedding was not paved in rose petals. There were knots to tie and characters to develop into a desirable conclusion.

Is it just me who thinks that many of the subplots that were tackled in the finale should have been tackled in earlier episodes that they had to stretch and drag? You would think that with 25 episodes, the ending would have been afforded that comfort of playing out the story into full circle. But no, despite half a year of our lives being invested in this drama, it still didn’t manage to do that. I guess you can’t please everybody, including moi.

I am not really complaining, I got my happy ending. And I quite like the parallelism between the first meeting between Qin Zi Qi and Shen Xing Ren  at the Jing Shi Department Store and their meeting again one year later after her Paris rendezvous. Thanks to the dinosaur mascot, that scene evoked full circle.

But there were two very basic plots that the writers forgot in their quest for a wedding: what happened to Shen Xing Ren’s dream to buy a house for her mom? In the first episode, we see her earning her first million and well on her way to realising that dream. Sure, she went to Paris and apparently earned not only experience but financial independence, but that was never really tackled. So we can only conclude that Qin Zi Qi is going to buy her the dream house as he had promised and they live happily ever after.

The other plot that they didn’t really conclude satisfactorily was Qin Qi Qi’s contract with his father. Sure, Qin Baba promoted him to general manager but it would have been nice to have a scene between father and son, just to look back to that scene from episode one when Zi Qi signed on the dotted line and gave his fate into his father’s hands.

Not to mention the sudden departure of SXR. Just like that? That is so typical drama that is used as a precursor for a time lapse. Et voila.

Despite its flaws, Office Girls was still the consistent ratings winner despite competition provided previously by a critically acclaimed drama (In Time With You) and currently a drama that stars two Korean popstars (Skip Beat).

The highest that its predecessor, Love You, ever reached was 5.03 midway through the series and never got back to level 5 again. While OG didn’t match the insane ratings of Fated To Love You (the highest at 10.91), which SETTV similarly stretched to 24 episodes, at least it finished on its highest rating (FTLY stumbled in the finale).

But more than the ratings and the advertisers that the series attracted, its biggest accomplishment is putting Roy Qiu back on top of his game. It also made a star out of Alice Ke, which is all the better so that Taiwan dramas wont have the same faces over and over again.

And while OG had an oft told plot, it won audiences because of its breezy storytelling. Of course it got to that point that Patrick Lin’s antics were becoming too cartoonish or that the episodes were becoming draggy but still not enough to lose the drama’s charm. At least not with me, who does not have any compunction of dropping a drama if it gets annoying like what I did with Love You and City Hunter.

To the end, OG did manage to keep its down-to-earth charm. This and the fact that Roy Qiu is hot plus a very likeable soundtrack made it a winner in my book.

Am I the only one who wouldn’t mind a sequel? It would be interesting to see how QZQ and SXR would cope with married life, given new responsibilities, adjustments and old issues (like difference in status). That was something that the drama was not able to really flesh out despite having stretched to 25 episodes. If only they spent those fillers tying the knots early on and focusing on these issues instead… but there’s no use crying over spilt milk. And what’s there to cry about? Compared to other dramas, Office Girls wrapped things up nicely. With a wedding of course. 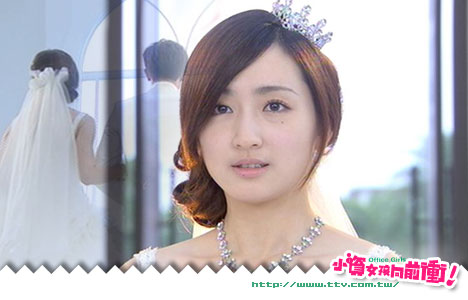 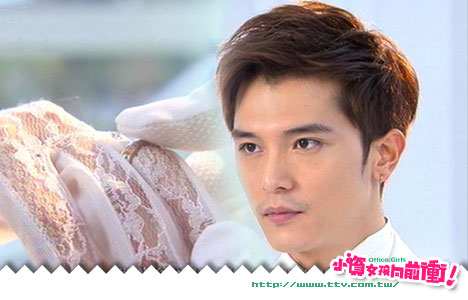 And they sealed it with a kiss.

Now that it’s over, what am I going to do with my life?

I’ll miss you Qin Zi Qi and Shen Xing Ren, but I can always rewatch.