I can’t contain my happiness when I confirmed from Office Girls’ Chinese Wikipedia page that the drama is ending at episode 25, which means two more episodes of Qin Zi Qi goodness to go. 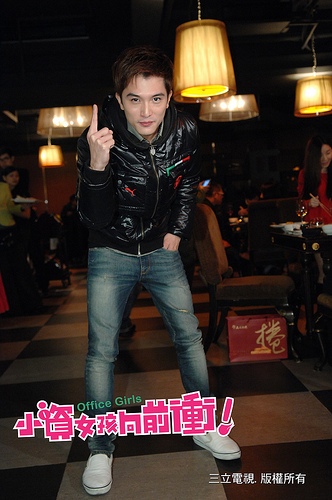 Episode 23 hit an all-time high of 6.74 and I am crossing fingers that the last two episodes would break 7. Go go go Qin Zi Qi!!! I am so hyped because there are still a lot of sub-plots that haven’t been addressed yet and to squeeze them all in in one single episode would have looked very rushed, not to mention, short-change the audience that has supported the drama all the way.

Aside from the happy ending, I want to see:

– the office witch get her comeuppance, and I don’t just like lip service. I am expecting to see her sufferrrrrrrr. I want a satisfying end to her royal witchiness.

– but on the other hand, I hope they don’t spend too much time and drag that story arch to the extent that the audience will give sympathy to that witch. She does not deserve an iota of it.

– the dynamics of Qin Zi Qi as the properly revealed rich dude and Shen Xing Ren as the simple, poor village girl. How will they handle their differences, and I just don’t mean in status but upbringing too. No doubt Qin Zi Qi has grown up and changed into a responsible and mature man, but how about Xing Ren and her simple, very down-to-earth sensibilities? How will their relationship be like now that the truth is out?

– an explanation on Madam Ye’s change of heart. Episode 23 did not really offer a glimpse as to why she suddenly approved of her beloved son dating the village girl. Is it really acceptance or she has a plan to bitchslap the heroine?

– sweet moments of QZQ and SXR as a couple. Make that… SERIOUS MAKE-OUT SESSION paitou!!! For sticking out with the drama this far (25 episodes is like a lifetime that Qin Zi Qi & Shen Xing Ren should have seven kids by now), the audience deserves that treat, right writers???

I’m already psyched up for tomorrow’s episode. I will be away on assignment (and typing this on WordPress for iPad as a dry run already) and Office Girls will be my source of sanity and inspiration.