One of the DVDs I got during my recent trip to Taipei was Winds of September (2008). I have been hearing so much about this film and was the reference made to me when I interviewed Wang Bo-chieh. 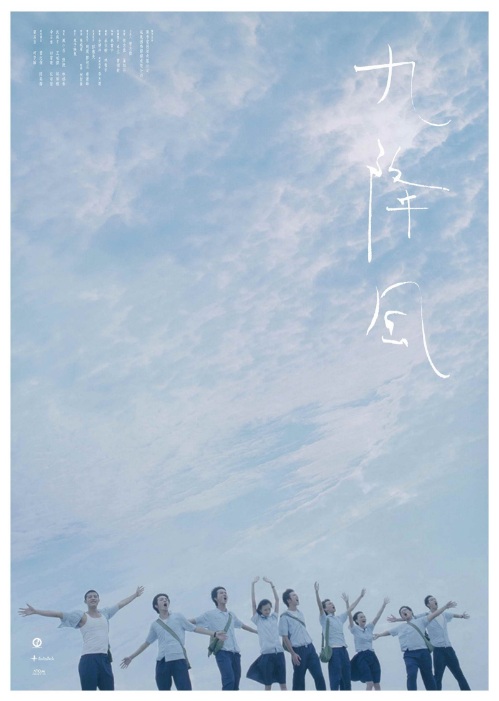 I almost didn’t get this film because I was scared that it would alienate me. So I picked up Just Call Me Nobody, a comedy that is supposed to spoof Wong Kar Wai, but I returned the following day to the same DVD shop and exchanged it for Winds of September instead.

So last night, I finally gave it a watch.

I didn’t regret the switch. The raves were well-deserved.

Here’s an interview with the film director Lin Shu-yu back in 2008. Tom Lin, as he is known, recently directed Starry Starry Night, an adaptation of a Jimmy Liao story.

But this post is not about him nor of Winds of September alone… it’s about Rhydian Vaughan. I was fully expecting Wang Bo-chieh to be the lead in WOS but instead, it was this familiar-looking actor. I knew I’ve seen him somewhere, then it hit me, it was no less than Dragon from Monga!

There are similarities between Yen, the role that Rhydian plays in WOS, and Dragon.

Both of them are leaders of their respective gangs, quite doted on by their parents, and in both films, they also got the girls. 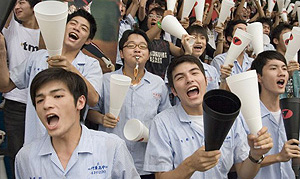 I can’t help noting this too: since Rhydian is a half breed (his father is British from Wales while mom is Chinese), his mother in both movies had to have waiguoren features too.

But the most important thing in both movies: Rhydian dies.

He’s good in both roles and he should have won as best supporting actor for Monga in last year’s Golden Horse. But he still has a long way to go, I’m sure in time, he’d get more meaty roles and acting awards.

Rhydian is apparently still finishing his studies overseas so he’s not that active in the Taiwan e-biz, though I have seen his name in the drama Love Recipe.

I did a double take when I read “Love Recipe” after coming across this quote of him:

“There is too much untruthfulness in Taiwan’s entertainment industry, affecting many people subconsciously and making them work towards something unreal. When your views and what you value become unreal, how can you live and face yourself and others sincerely? A strong country does not produce weak films. This problem is what keeps my fire burning in my heart.”

What happened to the fire burning in his heart? Hitched it on an “unreal” television fare?

Whatever… I just wonder if he lives in this drama.

I hope in his next film, Rhydian gets to live too.

2 thoughts on “Rhydian Vaughan, why do you always die in your films?”