Just as there is Butler Sho this season, next season we’ll have Detective Jun. Before that, we’ve had Lawyer Ohno, Freeter Nino, Bartender Aiba. It’s fun to be an Arashi fan because you can see the boys in varying roles.

He was the devil/lawyer in Maou and a singer in a children’s show in Uta no Onii-san, but his most endearing and memorable character has to be Kaibutsukun. The franchise has been so successful that it was followed by an SP and a movie. In real life, he’s also an artist and a fishing enthusiast. Sho has played so many roles from a baseball player in Kisarazu Cat’s Eye, a rich kid in Yamada Taro Monogatari, TV host in The Quiz Show, prosecutor in Tokujo Kabachi and now, as a butler in Nazotoki wa Dinner no Ato de. In the movies, he has played a young artist in Hachimitsu to Clover and crime-fighting hero in Yatterman. He’s at his best though as newscaster of News Zero.

I remember Aiba as one of the support cast in Nagase Tomoya’s Mukodono! But his breakthrough role might as well be as the young father in My Girl. Earlier this year, he was seen as the bartender in the drama with the same title. But he’s also well-loved as an animal-lover recurring guest in Shimura Ken’s show.

Perhaps Nino is the one with the most extensive acting resume in the group. He’s been to Hollywood in no less than Clint Eastwood’s Letters from Iwo Jima, and has appeared in GANTZ and Ooku. On TV, he’s played a variety of roles from the seminal Stand Up!, an autistic boy in Marathon (special), a cook in Haikei, Chichiue-sama; a salesman in Door to Door (special) and a “hikikomori” in Freeter. But in whatever role that he’s given, Nino always manages to shine. Not bad for someone who seems to spend a lot of his down-time playing computer games. 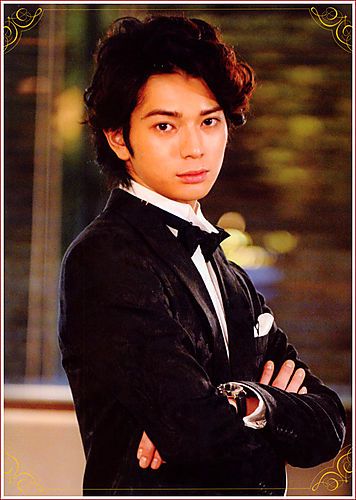 His choice of roles has always been very diverse: cool student Sawada Shin in Gokusen, “pet” in Kimi wa Pet, aspiring and cocky Italian chef in Bambino!, half-Japanese half-Filipino who was convicted wrongly for a crime in Smile and second-generation actor struggling for recognition in Natsu no Koi wa Nijiiro ni Kagayaku. Even his movie roles were not typical: troubled young man in Tokyo Tower, twin brother in the incest  Boku wa Imoto ni Koi wo Suru and laborer in ancient Japan in The Last Princess. But of course, who can forget him as Domyouji-sama in Hana Yori Dango? He owned the role. And now, there’s going to be Detective Jun coming up next. How cool is that? 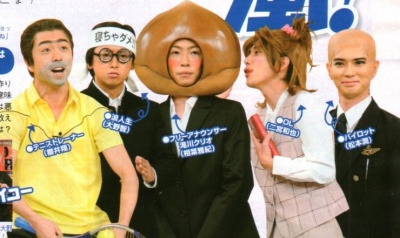 But it would even be cooler if we combine some of their best roles in one drama: Kaibutsu-kun Ohno, Butler Sho, Bartender Aiba, Freeter Nino and Domyouji Jun. Oh what fun it would be to have two guys with prince syndromes (Kaikai and ore-sama), a wisecracking butler, bartender and a freeter.