We watch dramas to be entertained.

Of course we have different standards of what an entertaining drama should be. But I guess we can agree on the basics: the story must draw us in, the actors must sustain our interest, and the product must make us feel we did not waste an hour of our Sunday night. True or not? Let’s ask the devil. 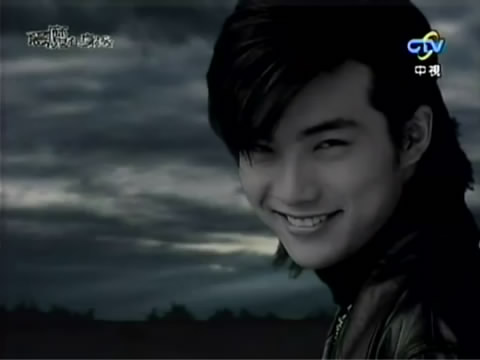 For sure there will be debates and differences on what story will draw us in because each of us have different preferences. Some like melodrama, others like it light while there are those who go for more action. Actors… we also have our individual preferences. Roy Qiu may not be hot to others as he is to me in the same way that I can’t understand why many find Cindy Wang cute.

The dramas that have rated in Taiwan (since I watch mostly Taiwanese dramas) recently are: The Fierce Wife, Sunny Happiness, Love You, Office Girls, In Time With You.

All of these, except The Fierce Wife, have “idols”: Mike He, Rainie Yang, Roy Qiu, Ariel Lin. That’s one reason why they rated. In the case of Sunny Happiness, it rated more than expected with many surprised at the chemistry between Mike and Janine Chang. The same with Love You, where Rainie acted with an unlikely partner in Joseph Chang.

On the other hand, there is absolutely no chemistry between Roy and Alice Ke, but the drama works because of the overall material, which has remained solid so far. The same could be said of The Fierce Wife. It did not have idols in it, Sonia Sui is not exactly in that category and neither is James Wen. But TFW had a good story that riveted the audience and made them empathize especially with the central character. 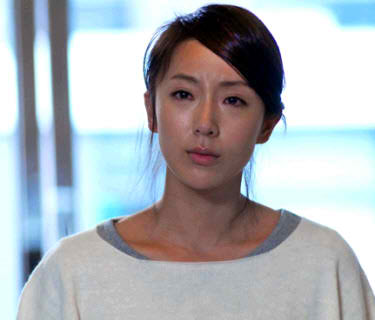 Empathy. That is the reason why ITWY is rating even if I can imagine the flow and melancholic mood won’t suit everyone’s taste. But the material is solid and one can actually pick something from the story itself. It doesn’t just entertain, it also enlightens (OK, this sounds more like Buddha) and enriches (those lovely nuggets of dialogues).

I can’t say the same for Ring Ring Bell. I am watching this drama but I only end up nitpicking. The cast is lovely. The premise, like I blogged previously, was promising. But everything fell apart soon after. And it just keeps getting worse going from one absurd story arc to another. And what I hate most, it is so manipulative. It does not allow you to process what’s going on onscreen nor does it give you space to empathize with the characters’ predicament. (And don’t get me started on whether the characters, especially that of Xiao Xiang, deserve any ounce of sympathy.) The drama simply tells you, no–dictates–how you should feel and think. And to me, that’s the huge difference between an intelligent writer and a mediocre one.

To be honest, I’m actually surprised that Sharon Mao wrote Ring Ring Bell. She started off well with Meteor Garden and considering that was her first work and she did not have any prior background on writing a drama before Angie Cai took her in, that was a pretty decent writing debut. I interviewed her last year and asked about Meteor Garden 2, which she said was not solely her work but it was a pool of writers. It was obviously a case of too many cooks spoiling the broth.

She sort of redeemed herself with Devil Beside You. It wasn’t a perfect script but it had its charm, and it was a hit. Then came Why Why Love, which was a disappointment. I guess there were so many reasons behind its relative failure (I say relative because it still rated decently): it was the same cast from DBY so Sharon might have been hobbled by that plus the pressure of trying to outdo DBY; the script was rushed; and as what seems to be her problem, Sharon gets lost in the middle of the material with so many sub-plots that she eventually loses focus. In the end, it created an impression that the story was not tight and there was no real plot to begin with.

That is happening again in Ring Ring Bell. It’s quite a pity because there was a real plot to start with but Sharon squandered it away. I am blaming the writer here because the actors are good and it’s obvious that they are doing the best they can with the flimsy material that they are given. Though I do have beef with Janine Chang’s portrayal. There are certain scenes that she makes her character appear annoying and stupid instead of being sympathetic and charming. This is specially obvious when she is trying to be feisty and determined only to end up looking pathetic and childish. I suppose part of it is because of Janine’s offscreen personality. She’s not bubbly, as say, Rainie in real life so when she portrays that kind of character, she ends up being coy and awkward it’s actually uncomfortable watching her. Does this mean she is not a good actress? Maybe. But she has been OK in her other drama or film works where she plays quiet-type characters so I’m thinking perhaps she has not overcome her inhibitions as an actress.  But then again, perhaps it’s also with how the character is written.

This drama was originally called Xiao Xiang’s Beautiful Life and the original choices for the title role were Ady An and Joe Chen. Perhaps Joe Chen could have made a more effective Xiao Xiang?

I don’t discount the potential of the story being “beautiful” especially once she overcomes all the hardships. But at the moment, Janine’s character, which is supposedly the heart and soul of the drama, just does not work and the problem for me is fundamental–the way the entire thing was written.

I am not hating Sharon Mao. Having met her in person, I like her. She’s down-to-earth and open-minded. And I am also aware of the common complaint among scriptwriters themselves that when a film or drama becomes a hit, the actors and directors get all the praises while they are forgotten; but when the project fails, the blame is heaped on them. Fair enough.

But let’s put it this way: a drama is like a house. The land where it is built is the plot. The foundation/construction is the story. The architecture/interior design that makes it truly a house is the work of the director. But the ones that will make it a home are the actors. Yet, there can be no home nor house if the foundation is weak or poorly constructed. And that is why, the role of the writer is very important; the way the story is written is crucial to how a drama will be received by the audience. 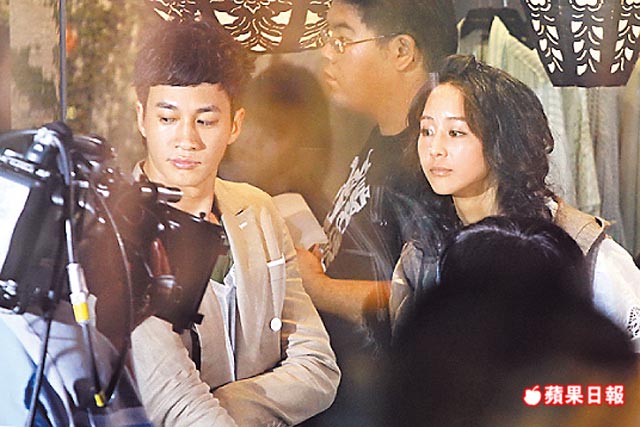 For sure, there are factors why a story goes and ends the way it does, all those twists and turns have back stories not so much as coming from the characters themselves but elements that surround a production process. Like for example, the story may actually look good on paper but not when it is translated onscreen. The writer thinks the story should veer this way to make it more attractive to the audience. The director does a scene this way because that’s how he visualizes the material. The actor interprets the role the way he does because that’s how he sees the character. Some scenes are taken out in the editing process because they were deemed not necessary. And the list goes on and on.

Yet, the fact remains that the story remains the body of the drama and all the rest functions for it. If the story fails, the entire work crumbles. And it won’t ring a bell, no matter how many times you press it.

So who do we give the red card to? 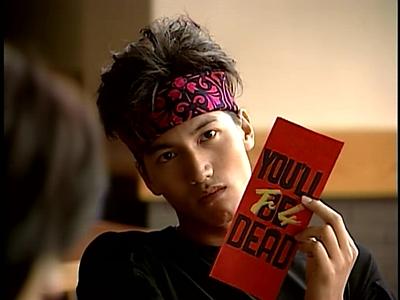 5 thoughts on “when a drama turns bad, who’s to blame?”