I have been reading and hearing a lot of good stuff about The Fierce Wife. At first I thought it was an American drama in the fashion of Desperate Housewives, The Good Wife etc etc so I wasn’t interested. But when I learned it was a Taiwanese drama, I was intrigued though I was also scared over the heavy plot. I watch dramas not to cry my eyes out but to entertain myself. I don’t need any additional dramas in my life.

I am currently watching Office Girls on TVV and so far, I am liking it. I would watch the episodes countless of times in a week from the time it’s not subbed yet to the time it’s partially subbed and finally, completely subbed. But I needed some diversion and the waiting for the next episode of Roy Qiu goodness was what brought me to The Fierce Wife.

I started with the first episode: “Marriage is like boiling dumplings” and was hooked. I thought the story would start off right away with the affair but I was wrong. Which is a good thing because it only showed how the writer and director took good care in building up the characters first and developing the conflict slowly. It builds up more anticipation from the audience that way, and more understanding on the back stories.

Except that I didn’t have much patience, nor heart, to go through episodes two to 11, when the affair between the husband and the cousin simmered and sizzled. In fact, I jumped right away to episode 23 when it finally fizzled. Of course, that’s not just killing the suspense but also not understanding why those watching on Viki.com were adamant that fierce wife does not reconcile with philandering hubby. I mean, I’m from the school of thought that marriage is a lifetime, if he has reflected on his mistakes, then he should be forgiven and accepted, right? Keshi wo bu ji dao why nobody wanted the hubby back, instead they were rooting for this young guy.

So I decided I’ll watch midway then and picked up episode 12. It took me the whole weekend to finish episodes 12-22. It was a heavy watch but I couldn’t stop. I haven’t seen such a well-written drama since Worlds Within/The World They Live In in 2008.

And such lovely lines too:

“When you’re a guest at someone’s house, you should be grateful and gracious. You can’t be two-faced and steal things.”

“The mouth is forever the heart’s window.”

“Some people work hard because they don’t like losing… or they have lost consciousness… or they don’t have much choice.”

“If you shed tears because you miss the sun, you also miss the stars.”

“The fame will only last five minutes. If you want to prolong your fame, then you have to work on your inner self.”

“A person’s favorite music usually represents his inner self.”

“We don’t need to have a hectic life. We can be a Chinese painting and leave some blank spaces.”

My favorite character is a toss between Rui Xuan and He Ai Lin.

Rui Xuan is such a very loyal friend, nevermind if she’s the sister of the cheating husband. Her loyalty never wavered for once and I like how she provided some of the drama’s comic relief. That voice is very distinctive too.

He Ai Lin may have been just another caricature of the beautiful, successful career woman but thanks to the writer, they gave her character many layers. She represents women who seem to have it all but actually don’t. And how in the end, she settled for someone who wasn’t even her type but treats her well. But I liked her best when she was doing the fighting for An Zhen and handling Wei En the way that only someone like her could.

I also like Hao Kang De, Rui Xuan’s husband. The actor, Patrick Li, is also in Office Girls and his character also spouts random English lines. In The Fierce Wife, he is more lovable and was one of the sweetest characters who tried to cover up for his brother-in-law not because he was tolerating the affair but because of the warped notion that he was protecting An Zhen from getting hurt. He was also rooting for An Zhen and Rui Fan till the end. On the other hand, in Office Girls, he plays a pushy boss who mostly screams at his staff and spouts sarcastic lines. Incidentally, James Wen, the philandering hubby, is also in Office Girls in a support role.

I don’t get confused watching Patrick Li in Office Girls because while his characterization of both roles can be physical, one is sweet and logical while the other is noisy and bossy. Whereas with James Wen, he exhibits the same mannerisms for both roles. Which only tells me that his character profile and study may not be thorough if he carries these mannerisms and portrayal from one role to the other. (Between him and the balding actor from Love You, his role was more demanding but he fell short in delivery. Whereas Love You actor’s role gave him little to do but he delivered, so maybe he should win as best actor at the Golden Bell.)

And I guess, I am the only one who is not into Chris Wang. 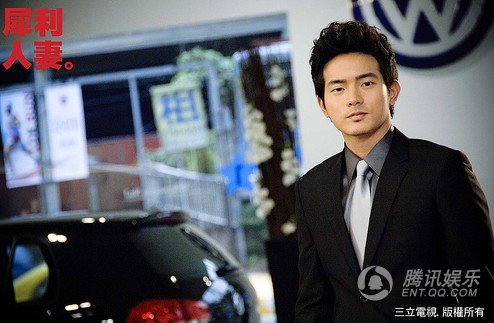 He reminds me of Ritchie Ren while I read a comment likening him to Aaron Kwok. He’s good-looking, yes, but not really special. (Dodging things being thrown at me right now.)

After watching half of the drama, I am convinced that The Fierce Wife should win as best series and best story/script at the upcoming Golden Bell. The plot has been often told but the writer created several layers for each character making them more real, more human. While it’s clear as a cloudless blue sky that an extramarital affair is just so wrong, the drama presented both sides of the story in a complex way without being too preachy, condescending or sympathetic especially to the mistress.

And yes, Sonia Sui deserves a best actress nod at the Golden Bell too. 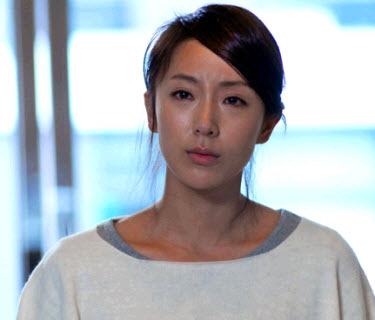 Her transformation, not so much on the physical but the emotional, from a housewife who always took the backseat to her own woman who can stand up for her rights, was convincing. As with Amanda Zhu, who played the third party, she had the tendency to make the character one-dimensional with her lunatic act. I liked the profiling of her psychological background–the traumatic childhood that made her who she was–but didn’t like the way she handled it. Besides, it made me wonder why the husband would settle for a nut case and leave his lovely, ideal wife behind. But then, we’ll never know the workings of a man’s mind.

Overall, The Fierce Wife is a good watch (though I’d yet to muster enough courage to watch episodes two to 11). Episode 18, when An Zhen finally gets up on her feet and learns to fight back is one of my favorite episodes but the most satisfying one is episode 20 when An Zhen kicks out the hubby and the cousin out of her house and He Ai Lin manhandles Wei En. Because sometimes, painful words are not enough to compensate for the pain one has given, a physical hair-pulling is also very satisfying.

My minimum requirement when watching a drama or movie is that at the very least it should entertain me. But it would also be great if it would educate and enlighten me. The Fierce Wife has done all that.

2 thoughts on “drama: The Fierce Wife… a review, kinda”