(Disclaimer: This is not a proper travel blog on Harbin yet.)

So after 12 hours of travel time starting from when I left the flat on a rainy Sunday night, I arrived in sunny but cool Harbin in Heilongjiang province in China.

We had a layover in Beijing for three hours and BBB went to the first cafe he saw.

I was halfway through my long jing green tea when I noticed the name of the cafe and the photos on the wall. 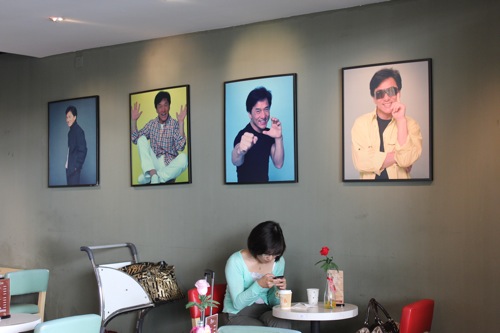 But TVB said the hotdog sandwich he had didn’t taste like Jackie Chan at all, whatever he meant by that.

So shortly after we settled at the Shangri-La and had lunch, we went for a walk at the central street, which is the Russian district. Took lots of photos of the lovely buildings but that would be for later.

In the meantime, Jay Chou is still advertising Metersbonwe. 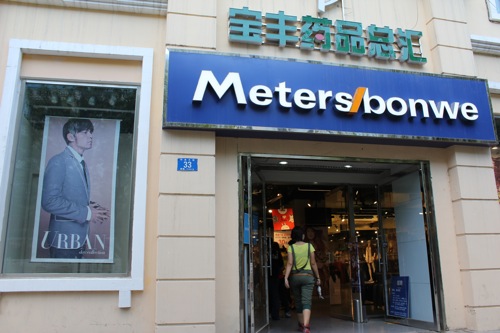 Mike He is selling this unknown brand called Semir… maybe the new name for smart? Though I spent the entire afternoon trying to fit a meaning for Semir for my OTP. 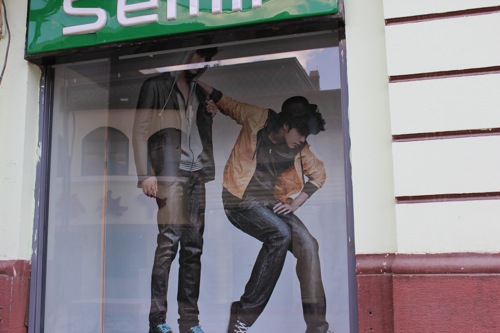 Oh and H&M is coming to Harbin on September 9. 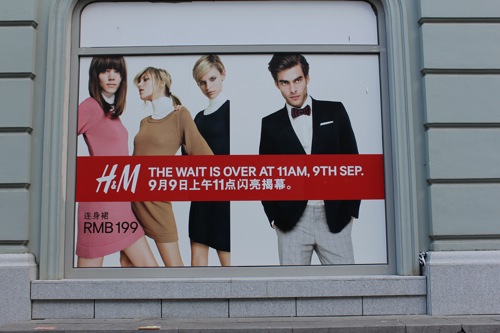 When I returned to the hotel, I took a sip from the bottle that the driver gave us earlier. Et voila, it’s Wang Lee Hom looking so *** I barely recognised him.

After dinner, we took a walk along the Songhua River and passed by this. I love the witty play on her name.

Now it’s late and I have an early start tomorrow. So… wan an from Harbin.