I was just chatting yesterday with KVS, the director of the annual World Film Bangkok Festival, and he was saying he’s been watching films since he was five years old. There was a time he’d sit through an entire film no matter how bad it was thinking and hoping that it would get better as it progresses. But now, he knows within the first 10 minutes if something is worth watching and he no longer has qualms of walking out.

I don’t have much experience watching films and dramas because I choose those that I would waste my time on. Watching dramas require time investment that you can’t take back if it ends up horribly after three months of following it. At least with films, it takes just two hours of your life.

I can name the few dramas I was reluctant to watch but ended up liking. And the first episode usually told me that they’re worth the time: Meteor Garden, Devil Beside You and Fated To Love You.

So if KVS can tell within the first 10 minutes if a film is worth sitting through, I can gauge by the first episode of a drama too. Of course there is always that risk the drama will disappoint you eventually, but it comes with the territory. I have dropped some dramas because while they were fun to watch in the first few episodes, everything went downhill towards the end, just like City Hunter and Love You to cite recent examples. 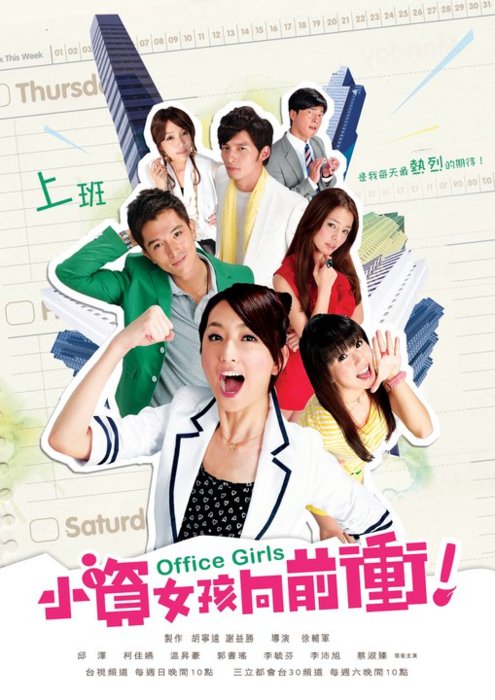 I call this the drama of lookalikes.

There’s Roy Qiu, who can pass as Mike He’s brother. 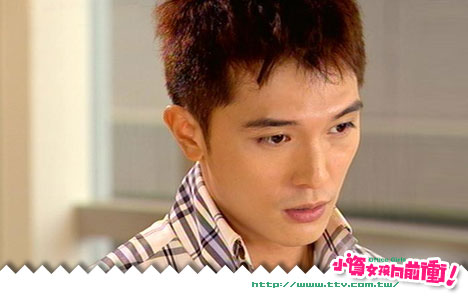 Then there are the girls:

The first episode was fun. This is the first Roy Qiu drama I am watching and I am enjoying his performance. He is hilarious when the scene requires him to be funny, annoying (but still charming) when he plays arrogant and touching when it’s dramatic (though there are no drama highlights yet). I love his deadpan expression and he might as well be my favorite actor of this season (Joseph Chang is so 100 years ago).

I love the plot of Office Girls because it provides a new twist to the poor girl-rich guy storyline. She’s an office lady while he is the son of a businessman made to work as an assistant in his father’s mall.

In the first episode, Shen Xing Ren drives to work on her motorbike:

This frugal lifestyle has allowed her to earn her first NT$1 million. Her dream is to buy a house and bring her mother to live with her. Her only splurge is a magazine with her favorite designer Xu Cheng Feng on the cover.

Qin Zi Qi on the other hand is the opposite. He’s decked in designer brands from head-to-toe and has just returned to Taipei after earning his MBA (that took him five years). He’s ready to take over his father’s business and has a lot of ideas. But there’s news for him. If he wants to take over the business, he needs to start from the lower rungs and meet these conditions within one year:

End note: It amuses me to see people in forums criticising the acting of the cast, specifically of Alice Ke. Sweethearts, Alice has more acting cred than your drama idols. She was in Monga and Night Market Hero, just two of the most successful films in Taiwan last year and this year; she was also in Police et Vous and My Queen so if her acting does not satisfy you, then you might have been watching a lot of crappy idol dramas where all they know is to act cute and annoying.

End note2: Hearing Roy Qiu speak in English is a highlight. He struggles in some phrases but he sails through most of them without an FOB accent. This is his first lead role after his comeback and he sure is living it up.

So am I going to watch until the end?

Why not? I’ve spotted some good entertainment.