So… it’s no longer “The Founding of a Party” but “Beginning of the Great Revival” whatever the hell that means.

I’m talking about the film to mark the 90th anniversary of China’s Communist Party. The red movie of all red movies, if you may. 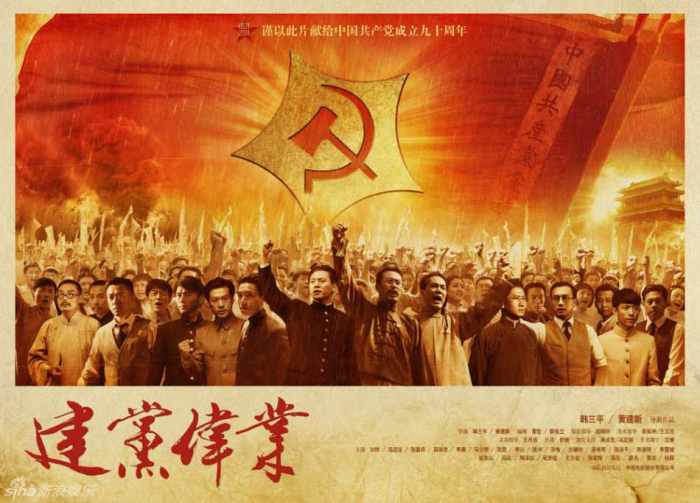 WATTA TITLE: "The Founding of a Party" now renamed as "Beginning of the Great Revival" to mark the 90th anniversary of the Communist Part of China.

Of course there has been early controversy, particularly on why Tang Wei’s scenes were left on the editing floor. Is it still part of the “Lust Caution” aftermath?

And then there is the theater monopoly. Reports say the new Transformers movie has been put on hold until about a month while it’s not clear how many theaters will continue to screen Kung Fu Panda 2.

The movie is geared to bring in the crowds, just as “The Founding of a Republic” did in 2009. Among the cast members are Chow Yun Fat, John Woo and Fan Bingbing. I also saw Andy Lau, Wang Lee Hom and Nick Cheung in the trailer. I think it’s gonna be another spot-the-Chinese-actor thing again, blink and you’ll miss them just like the brief appearance of Jackie Chan in the first “patriotic” movie.

Here’s the teaser and see if you can name the actors in… nano seconds:

Opening in China on June 15.